Did Russians start digging graves for all the soldiers who have died during the Russian invasion of Ukraine? No, that's not true: This 2021 video of already-dug graves predates the invasion. The administrator of the cemetery where these graves are located told a Russian news outlet that they dig many graves in the fall because the ground becomes too hard in the winter.

Hundreds of graves have been dug in the cemeteries of Russia - they are waiting for the burial of Russian cargo 200, which is starting to come from Ukraine. The Russians are filming and posting on social networks, they are in shock. The losses of the Russian army in Ukraine exceeded 10 thousand soldiers. They are dying at the rate of a thousand a day. 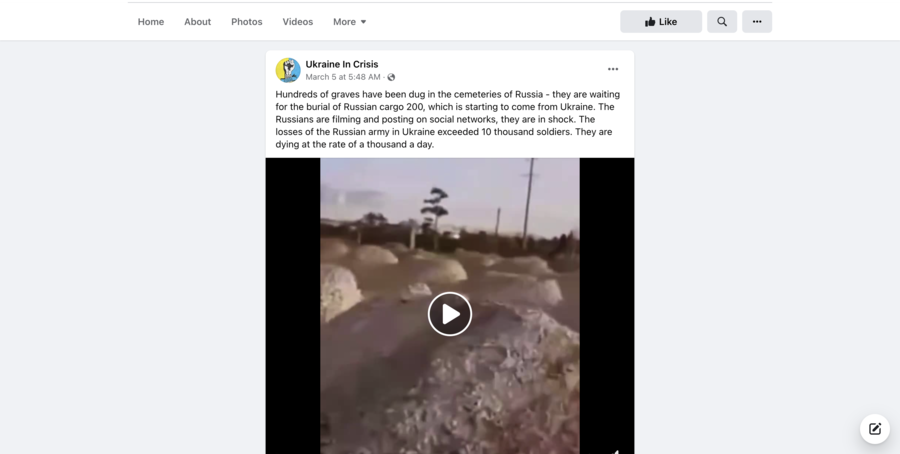 A reverse image search of the video found the same video in a tweet published on October 9, 2021.

SiTV.RU, a Russian news source, reported that the administrator of the cemetery where these graves are being dug said the cemetery digs graves in autumn every year because the ground is too hard to dig graves in the winter.

This video was also used to incorrectly claim that this cemetery was digging graves for oncoming deaths because of "forced vaccinations."