Does this video show a December 2021 scene in Germany with a man playing the ominous "Imperial March" from "Star Wars" on a bugle as several police officers in full, dark-colored riot gear walk past him? No, that's not true: This video shows French police in Marseille, France in 2019.

The claim appeared in a Facebook post (archived here) on December 14, 2021. Beside the caption, which reads, "New Pokémon variant released," the 15-second video opens with the image of a crowded town plaza with citizens and police. The text above this image reads: 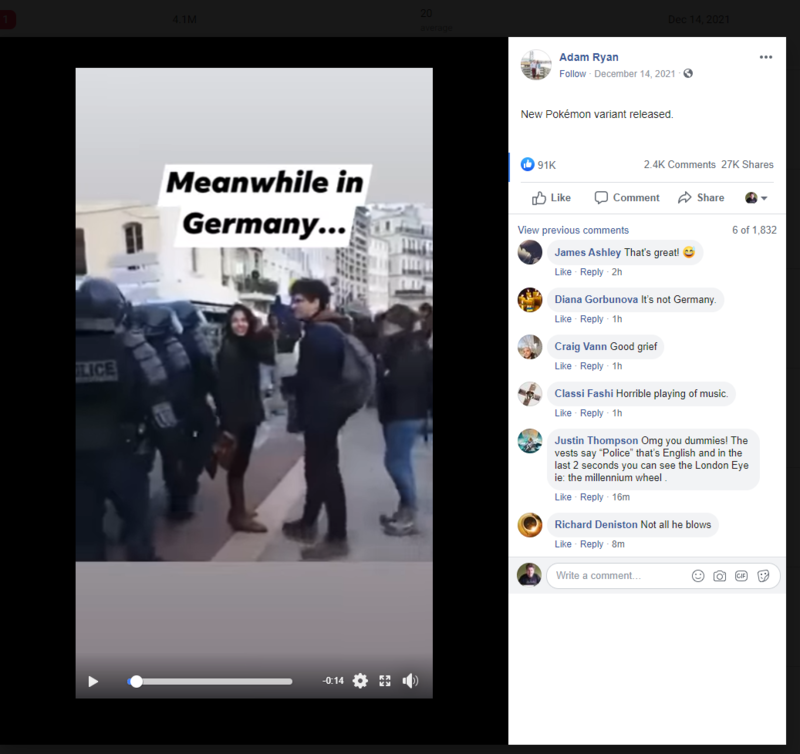 A Google Image search using keywords "German Police Uniform" shows the word "Polizei" displayed on the back of the uniforms -- not "Police" as seen in the video. Someone in the crowd shouts "Encore," at 0:02 into the video, which translates to "again" in French.

The song played by the man in the video, beginning at 0:04, is "The Imperial March," best known from the "Stars Wars" film series. A Google video search using keywords "Police Imperial March Europe Video" reveals a February 24, 2019, YouTube video titled "Imperial March Police France," which features a clearer shot of the exact video seen in the post.