The claim appeared in an Instagram post (archived here) where it was published on April 4, 2022. It read:

Asked why New Zealand does not suffer from the rage of older white men like in other western Anglo countries, PM Jacinda Adern replied, 'Because we've never allowed Rupert Murdoch to set up a media outlet here.' The guy has wreaked havoc on civil society in US. 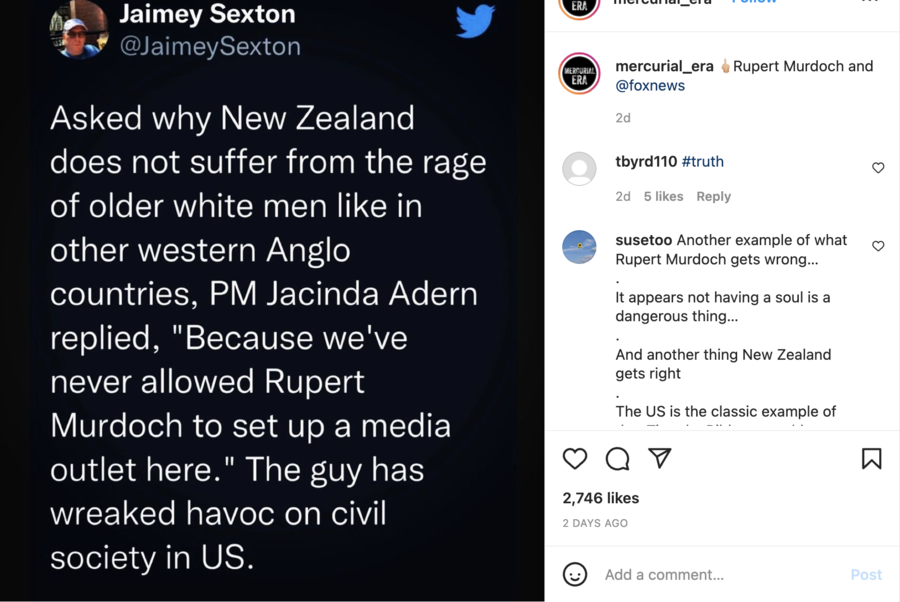 Lead Stories reached out to Fox News and Prime Minister Ardern for a comment on this claim. In an April 5, 2022, email, the prime minister's press secretary told us that she did not make this comment. If we receive a response from Fox News, this story will be updated accordingly.

Lead Stories found that Fox News is available in New Zealand by changing a Virtual Private Network's (VPN) location from the United States to New Zealand. Conducting a search of TV Guide listings for New Zealand shows Fox on one cable service's channel 088. Here is a screenshot:

A VPN is a virtual private network that changes the user's current IP address to make it appear as if they are in a different location than their current one, as explained in this article in Forbes Advisor.