Is Canada killing poor people? No, that's not true: Medical Assistance in Dying (MAID) is legal in Canada but "being poor as your only 'condition' would clearly not meet the eligibility criteria for MAID," Canadian law professor Jocelyn Downie told Lead Stories. Applicants must meet all of five criteria. Economic trouble, poverty or any related term is not one of them.

The claim appeared in a video on Instagram on August 22, 2022. It opened with a person saying:

In a not so shocking turn of events that is the dystopian world that we live in, Canada, it turns out, is killing poor people. I wish I was making this up. 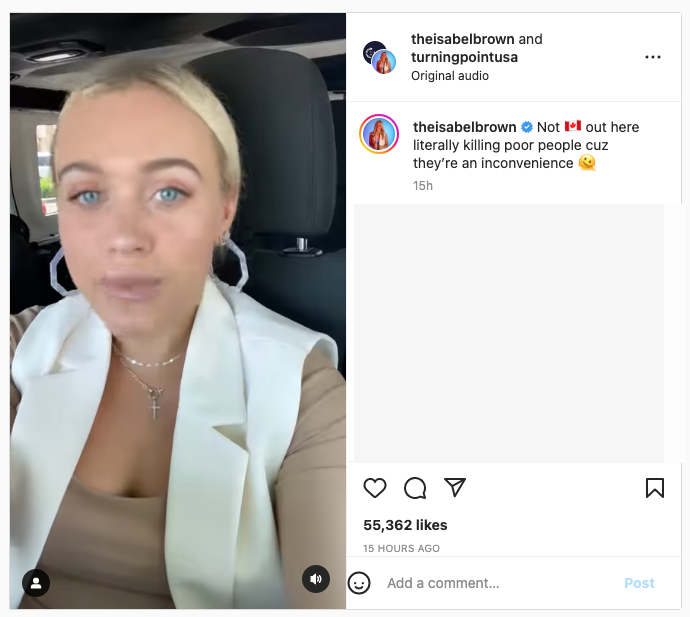 Being poor is "absolutely not" a criteria for eligibility for the program, Downie, a professor at Dalhousie University who has studied the MAID law, told Lead Stories via email on August 23, 2022. "The claim is false as is made evident by looking at the Criminal Code of Canada which clearly spells out the eligibility criteria for MAID. ... Poverty doesn't qualify someone for MAID."

The person in the video said:

In 2016 it became legal for any Canadian citizen aged 18 or older who had a reasonably foreseeable terminal illness and death in the near future to commit suicide through a physician-approved suicide program funded by and administered by the government if they can get two doctors to sign off on it.

Downie said that the MAID law was never limited to people with "terminal illness," and the statement that "two doctors to sign off" was incorrect as acceptance can also be determined by two nurse practitioners.

Here are the eligibility criteria in the Criminal Code of Canada (Quebec has its own legislation in addition to the federal Criminal Code):

241.2 (1) A person may receive medical assistance in dying only if they meet all of the following criteria:
(a) they are eligible -- or, but for any applicable minimum period of residence or waiting period, would be eligible -- for health services funded by a government in Canada;
(b) they are at least 18 years of age and capable of making decisions with respect to their health;
(c) they have a grievous and irremediable medical condition;
(d) they have made a voluntary request for medical assistance in dying that, in particular, was not made as a result of external pressure; and
(e) they give informed consent to receive medical assistance in dying after having been informed of the means that are available to relieve their suffering, including palliative care.

Grievous and irremediable medical condition
(2) A person has a grievous and irremediable medical condition only if they meet all of the following criteria:
(a) they have a serious and incurable illness, disease or disability;
(b) they are in an advanced state of irreversible decline in capability; and
(c) that illness, disease or disability or that state of decline causes them enduring physical or psychological suffering that is intolerable to them and that cannot be relieved under conditions that they consider acceptable.

The person in the video also claims the MAID program will expand next year and will include children. Text that appears on the screen is from a Daily Caller article posted on August 12, 2022. That article cites an article by The Associated Press as their source for the information that the MAID law will include children. That is false. The AP story reported Canada was "considering extending euthanasia to 'mature' minors -- children under 18 who meet the same requirements as adults."

Downie told Lead Stories the issue of "mature minors" is under study by a Joint Committee of the House and Senate, which was mandated by Parliament in a legislative session. The report is due in October. She explained:

It is essential that people understand that this is only a consideration of extending MAID to mature minors, i.e., individuals under the age of 18 who have the capacity to understand the nature and consequences of the decision to request MAID. There is no consideration of others (e.g., parents) requesting MAID on behalf of their child. It is also essential that people understand that under Canadian law, mature minors' decision-making authority is already well-established. That is, they have the legal right to make decisions with significant consequences - e.g., consent to abortion, refuse potentially life-sustaining treatment.

According to the Canadian government website on medical assistance in dying, an independent review included studying the "issues relating to mature minors," as well as other topics, began in 2021 and was expected in late 2022.