Did the television show "The Simpsons" predict Queen Elizabeth II's death in 2022? No, that's not true: An image showing the queen in a coffin with the dates 1926-2022 is not a real still from "The Simpsons." The queen's death does not appear in any episodes of this series. Lead Stories previously debunked a claim that used a similar image of U.S. President Donald Trump in a coffin. "The Simpsons" accurately predicting real-world events is a long-running urban legend.

The claim about "The Simpsons" predicting Queen Elizabeth II's September 8, 2022 death appeared as a video published on Facebook on September 15, 2022. The video was posted with a caption of all hashtags: 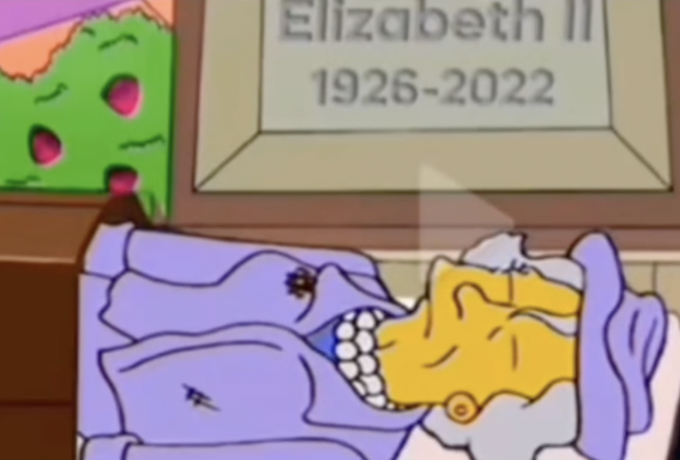 The seven-second video opens with an image of Homer Simpson looking at Queen Elizabeth in a courtroom. A short video clip then shows the former Prince of Wales and other members of the royal family walking behind the casket of the queen's husband, Prince Phillip, Duke of Edinburgh, during the duke's 2021 funeral. Next up is a video of Leonardo DiCaprio and a still image, reminiscent of "The Simpsons'" style, that shows a woman lying in a coffin with the words "Elizabeth II 1926-2022," in the coffin's raised lid.

The first image in the video is a screenshot from 16:33 in a 2003 Simpsons episode entitled The Regina Monologues. In the episode (season 15, episode four), Homer crashes into the queen's carriage with the car he is driving and goes on trial for the crime. The queen does not die and is not in a coffin in the episode. The Queen Elizabeth II page on Wikisimpsons lists all of the episodes from the series that reference the British monarch and she does not die in any of them.

Here is a screengrab from the episode that shows the first image in the video posted on Facebook: 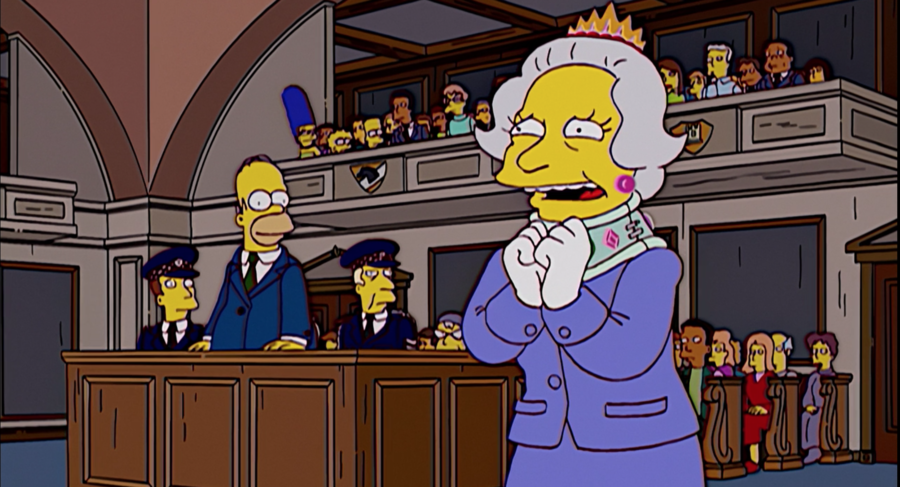 The image of the queen in a coffin is an altered image that appears based on an earlier image of U.S. President Donald Trump in a coffin. In 2020, Lead Stories debunked the claim that "The Simpsons" predicted Trump's death with this earlier image.

The funeral scene for Sideshow Bob from episode no. 408, "Funeral for a Fiend," likely served as a model for the Trump hoax image. The styling of the casket, the shape of the roses and even the church windows appeared to serve as references for the forged cartoon. The orientation of the actual still image of Sideshow Bob's funeral has been turned to match the orientation of the other image.

In the video about "The Simpsons'" supposed prediction of Queen Elizabeth's death, the encoffined queen wears the same colored outfit and double strand of pearls that she wore in "The Regina Monologues," when Homer crashed through the gates of Buckingham Palace and hit her carriage. You can see that image here: 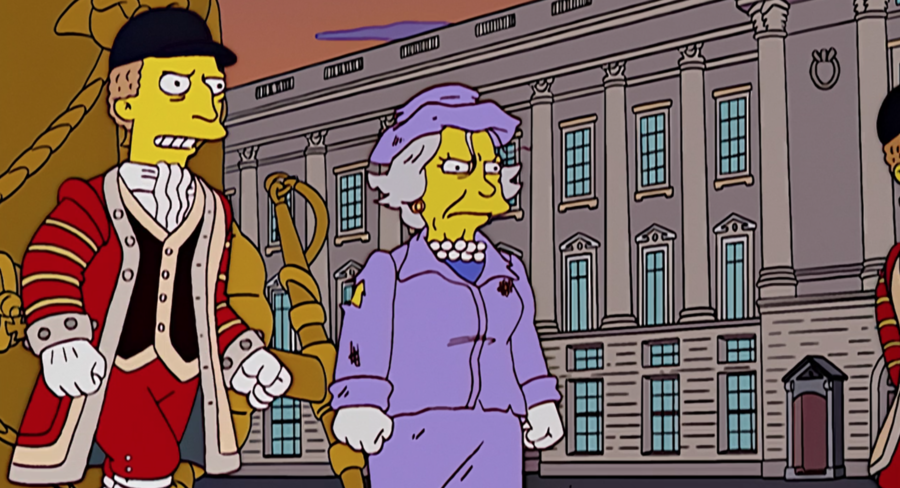 The video's image features the same roses next to the coffin as in the Trump and Sideshow Bob images.

Another false claim about a supposed prediction from "The Simpsons" about the death of Queen Elizabeth can be seen in a video posted on Instagram on September 12, 2022. As the video shows the queen at the site of her carriage crash with Homer Simpson, a sign appears that reads 9/8/2022, the date of her death. The same footage can be seen at 14:39 in "The Regina Monologues" episode but without the sign. Here is a side-by-side comparison of the video and the episode: 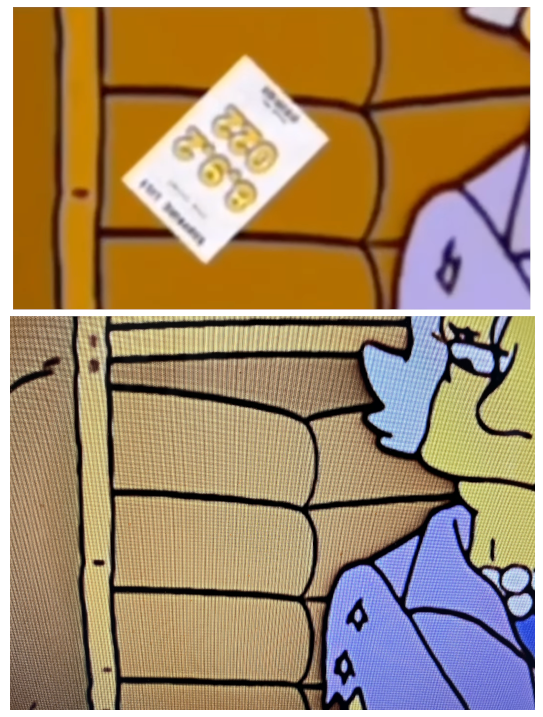 Additional Lead Stories fact checks of supposed predictions from "The Simpsons" can be found here, here, here and here.