Does the the Internet Wayback Machine prove that two of Pelosi attack suspect David DePape's webpages were "fabricated" after the suspect's arrest to smear conservatives? No, that's not true: The webpages attributed to DePape were so small and obscure that they would likely not be archived in that database without someone submitting them, according to a spokesman for Archive.org. But Lead Stories located proof that one of the pages was archived in August, two months before police named DePape as the person arrested for attacking House Speaker Nancy Pelosi's husband.

The claim appeared in an article published by The Gateway Pundit on October 30, 2022 titled "EXCLUSIVE: Two Far-Right Websites Attributed to David DePape to Smear Conservatives Were FABRICATED - They Were Created Friday and Deleted Saturday" (archived here) which opened:

EXCLUSIVE: Two Far-Right Websites Attributed to David DePape to Smear Conservatives Were FABRICATED - They Were Created Friday and Deleted Saturday

The Gateway Pundit cites no evidence that the webpages were faked other than their absence from the Archive.org database prior to the October 28, 2022, early morning attack. It includes a screenshot of the Archive.org search results for each page. You can see these results here and here. The article accurately reports that "The only activity on this site as well was in the last two days." But this proves nothing, according to Archive.org's explanation to Lead Stories:

The 'activity' they reference is the fact it was 'archived' by Patrons of the Internet Archive's Wayback Machine using the Save Page Now feature. That feature of the Wayback Machine can be used by anyone to archive any publicly available URL at any time.

The fact the referenced webpages were not archived before Oct 28th, 2022 is not a surprise as they were small/obscure pages. Without being linked from more popular pages or otherwise having been signaled for attention it is not surprising they had not been archived by the Wayback Machine.

The archived versions of the two webpages actually supports the claim that the content existed well before the attack. The archived pages for godisloving.wordpress.com shows entries were posted on August 27, 2022 -- two months before the attack at the Pelosi's San Francisco home: 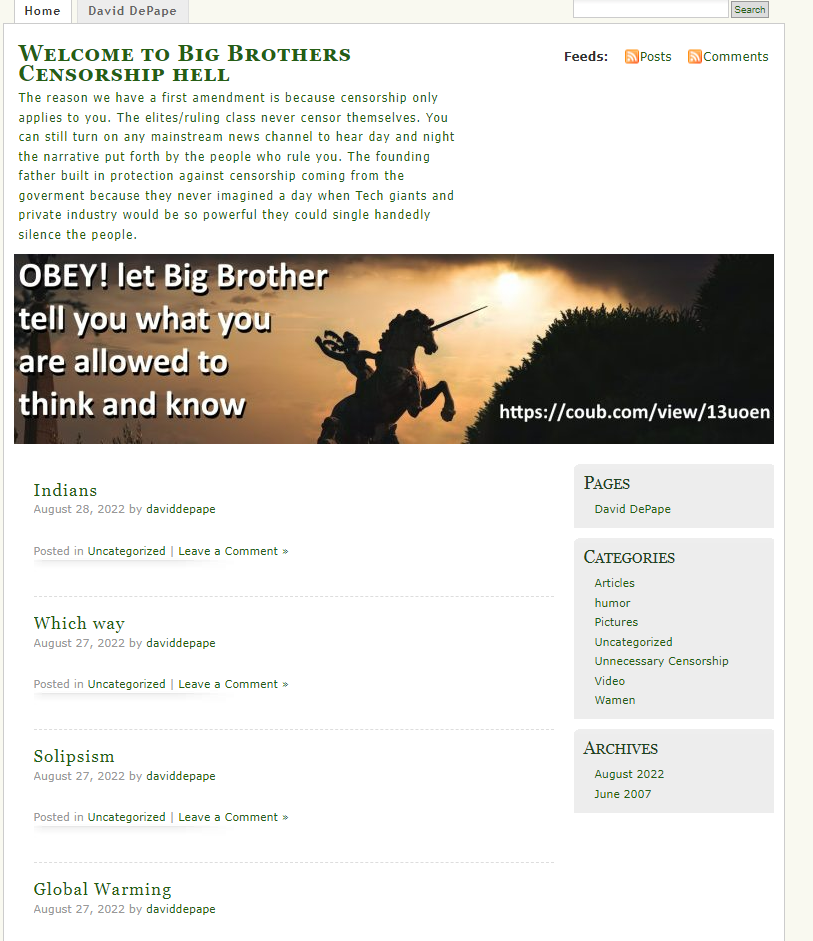 A search of Archive.org for a specific link on that page revealed it existed on August 24, 2022: 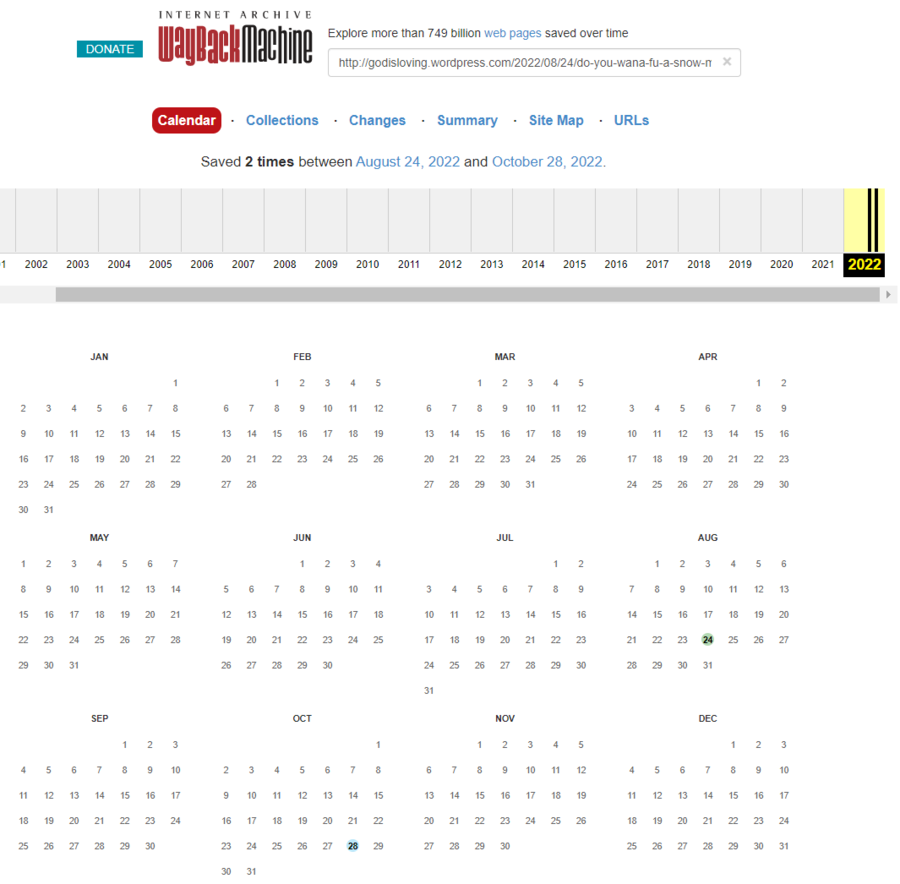 Lead Stories reached out to The Gateway Pundit for any further evidence they might have to support their claim that the webpages were fabricated after the attack. We will update this debunk, as appropriate, when we receive their response.

Archive.org is a non-profit organization founded in 1996 to build a digital library of internet sites and other cultural artifacts in digital form. In addition to the websites submitted to the archive by users, the staff at WaybackMachine/Archive.org takes advice on what important web pages to add to the collection from 950+ library and other partners through the Archive-It program.