Did Twitter employees protest Elon Musk by marching in gay pride regalia with a banner after he became the owner of Twitter? No, that's not true: There have been no reports of Twitter employees protesting Musk's ownership by marching with this banner. This altered photo of marchers with a Pride flag originally is from a June 2, 2013, Pride parade in Winnipeg, Manitoba, Canada.

The claim appeared in an Instagram post on November 6, 2022, with no caption but the timing of the post -- given Musk's takeover of Twitter in late October 2022 and ensuing developments within the company -- and the altered wording on a banner in the photo made the clear implication that the protesters were Twitter employees. The banner in the photo read:

The post did not cite a source for this picture.

A reverse image search of this image revealed that this is a photograph of Gay Pride Furries marching in a 2013 Pride parade in Winnipeg, Manitoba, Canada. The original banner reads, "WILD PRAIRIE FURS & Friends." 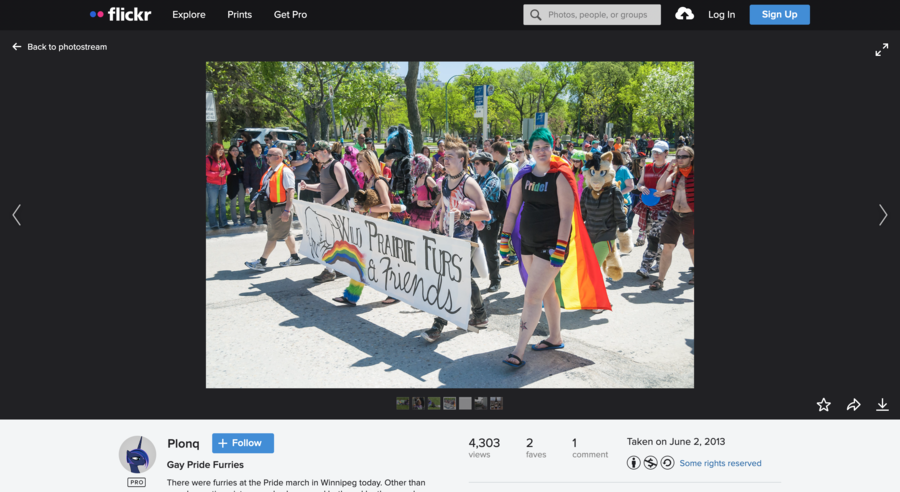