Is a serial killer slaying Black women and girls in Charlotte, North Carolina, with police unable to stop the culprit? No, that's not true: The Charlotte-Mecklenburg Police Department (CMPD) told Lead Stories that none of the cases reported online "have anything related - other than the race and gender of the victims and there is nothing to suggest a serial killer is active in Charlotte." On Twitter, CMPD added, "These posts have inaccurate details and are spreading misinformation."

The claim appeared in a post and video on Twitter (archived here) published on October 31, 2022. It opened:

uh so my sister just sent me a TikTok where there's a serial killer (in Charlotte, NC) that's targeting Black women/girls specifically. Bodies popping up everywhere. My blood is boiling b/c of COURSE Charlotte PD is doing nothing. 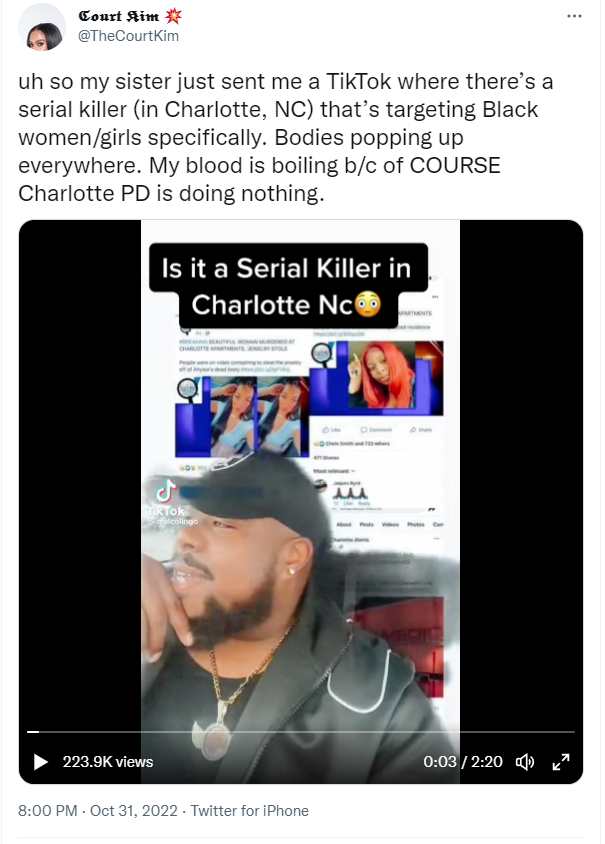 The video circulated widely on social media in late October and early November 2022, racking up hundreds of thousands of views (for instance, here, here and here). Talk of a possible Charlotte serial killer was a popular topic on Twitter; scores of tweets about it turned up in a search. A screenshot in a post on Instagram highlighted some of these tweets: 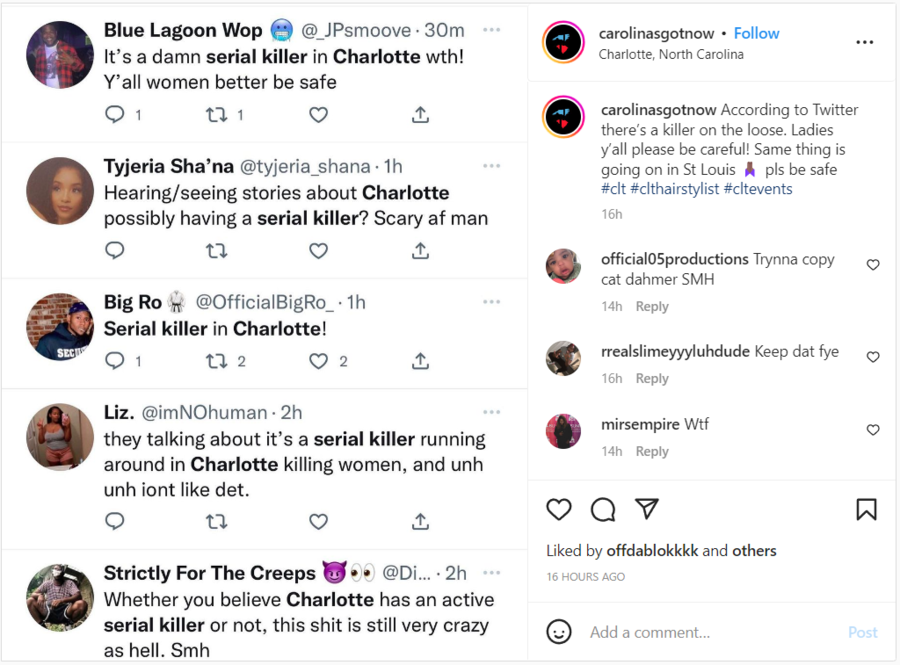 The video on Instagram highlights four stories (here, here, here and here) from the Charlotte Alerts website that cover the deaths of three women and one girl. During the two-and-a-half-minute video, the narrator advises caution, telling the women of Charlotte to be careful:

All right, y'all. If you're in Charlotte right now or in the Carolinas, you seen a lot of posts going around that it's a serial killer on the loose. Check these posts out here, y'all ... And they're finding bodies around the city, of women. Nobody's being caught, to my knowledge. So, people are starting to panic, like, "Hey, do we got a serial killer in Charlotte?"

In a November 1, 2022, email, CMPD Senior Public Affairs Specialist Mike Allinger told Lead Stories that the video "'report' has many inaccuracies," and that no foul play was suspected in at least two of the cases because they involved "suspected overdoses." One of the reported cases was also believed to be a duplicate of another death investigation, he said.

None of these cases have anything related - other than the race and gender of the victims and there is nothing to suggest a serial killer is active in Charlotte.

The CMPD has a Crime Analysis Division that looks at trends and links between cases. They work together with the Violent Crimes Division. In the event there was a link of cases - that information would be shared with homicide detectives.

The Charlotte police also addressed the serial killer concerns on social media by posting this advisory to their official CMPD News Twitter account: 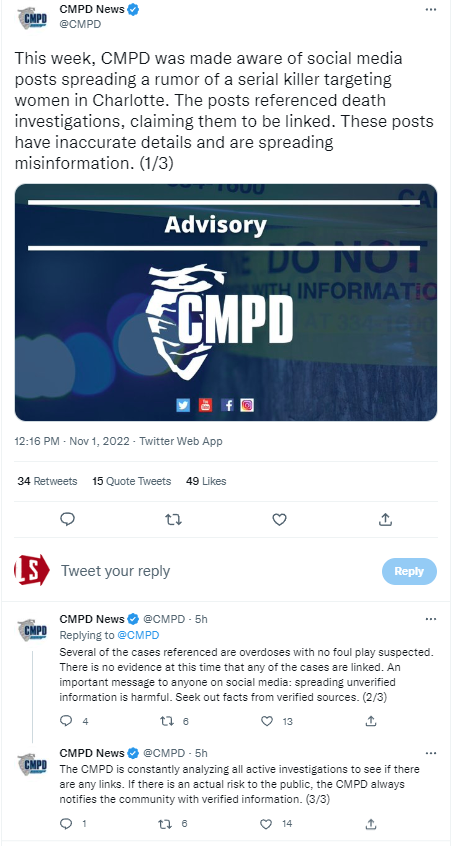