Did Chick-fil-A just donate "another $1.8 million to anti-LGBTQ groups"? No, that's not true: The claim is a copy of a headline first published in 2019. The old story reported the fast food chain donated a combined $1.8 million to the Fellowship of Christian Athletes and the Salvation Army. Chick-fil-A has since announced a "more focused giving approach ... giving to a smaller number of organizations working exclusively in the areas of education, homelessness and hunger."

After Promising Not to, Chick-fil-A Donates Another $1.8 Million to Anti-LGBTQ Groups 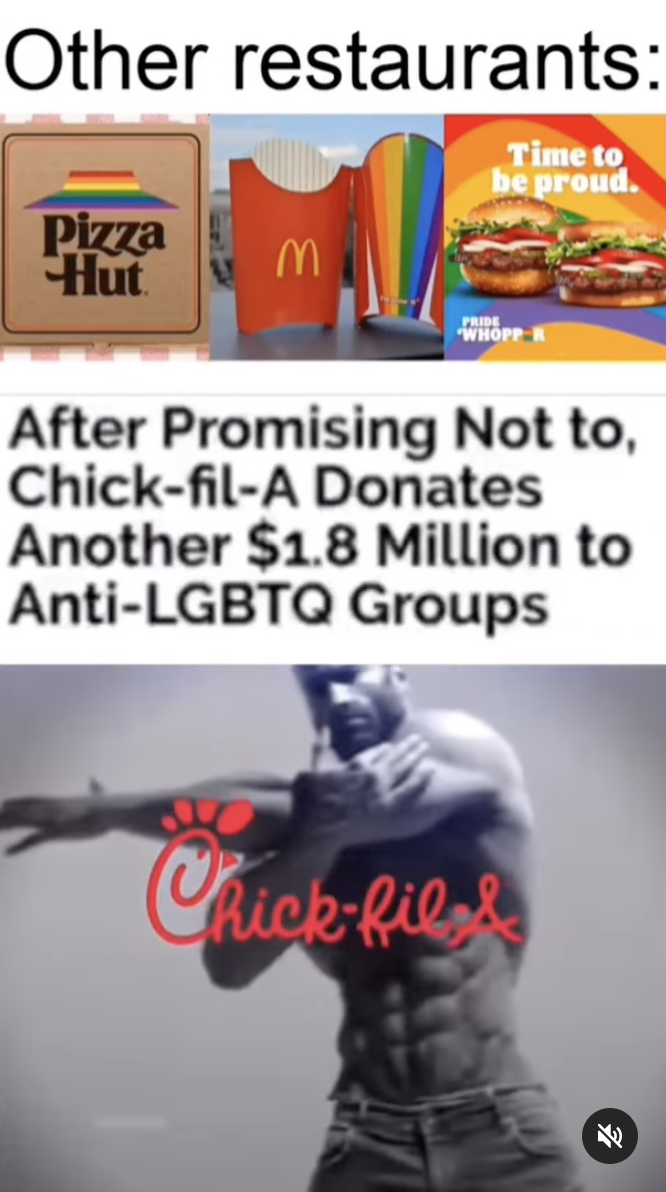 Although the post was shared in November 2022, it is an exact copy of a headline first published in December 2019 by the WOW Report. You can read that story here (archived here).

The WOW Report, citing tax documents from 2018, said that Chick-fil-A donated a combined $1.8 million to the Fellowship of Christian Athletes (FCA) and the Salvation Army, organizations that had come under fire from LGBTQ groups.

Since making those donations, the company announced a change to how it would manage its charitable dollars. In a statement dated November 18, 2019, Chick-fil-A said it would give "to a smaller number of organizations working exclusively in the areas of education, homelessness and hunger."

The FCA and the Salvation Army were out, as were a number of other groups. Contrary to the 2019 WOW Report's story, however, Chick-fil-A did not explicitly promise not to give to anti-LGBTQ groups. In its 2019 statement, the company said its future partners could include "faith-based and non-faith-based charities."

Nevertheless, according to 2020 tax documents, Chick-fil-A had not resumed donations to the FCA nor the Salvation Army.

Lead Stories reached out to Chick-fil-A for comment on the claim. We will update this story, as appropriate, if we receive a response.