Does the repeated use of the figure 6 million in pre-World War II American newspaper reports about the world's Jewish communities prove there was no Holocaust, in which 6 million Jews are estimated to have died? No, that's not true: The research design behind the claim is deeply flawed: The video creators reached their conclusion by searching for a single figure, while ignoring all other figures related to international Jewish populations during 1915-1921, the period of time the claim covers. An implied conclusion is that the Holocaust is a myth because there would be no Jews remaining if the entire population were 6 million and 6 million were murdered.

The claim appeared in a video posted on Instagram on December 5, 2022, under the title "That magic number 6 million." The caption said:

Something you may want to look in to more. We are deeply conditioned on MANY LEVELS. 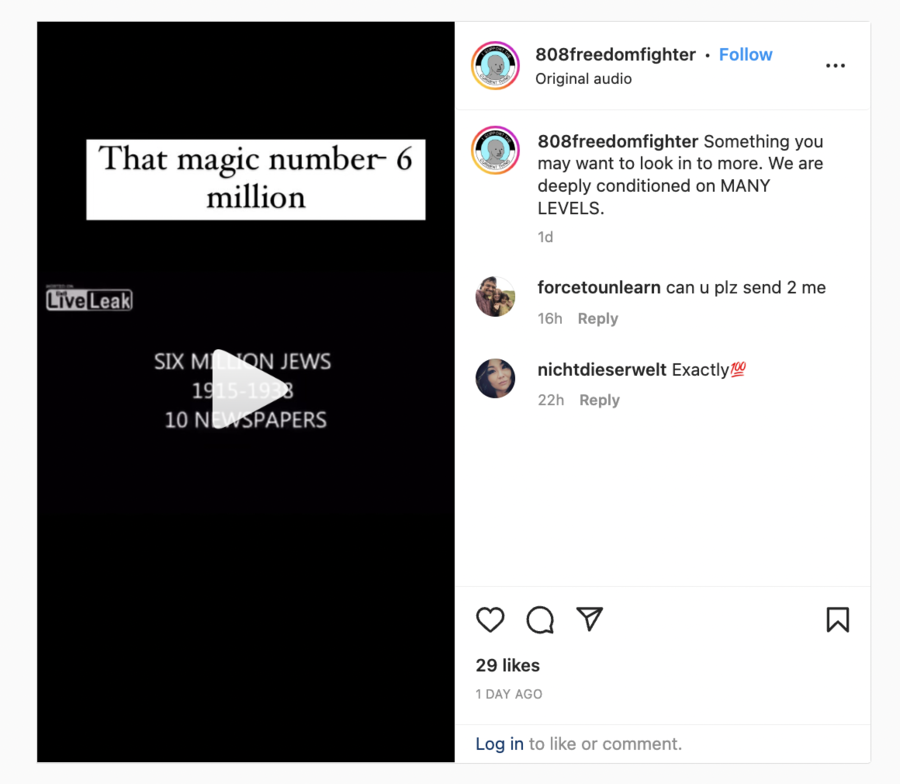 The video showed American newspaper clippings from 1915-1921 that referred to 6 million Jews in the newspapers' coverage of various world events affecting the Jewish community.

One of the earliest versions of the video in question that is still available online was published in 2017 on Daily Motion, another platform for user-generated content.

That version contained a list of sources for the video:

The URL shared above (right side) for the Library of Congress' archive of historic U.S. newspapers shows that the video creators searched exclusively for the "magic" figure of 6 million between 1836 and 1922. 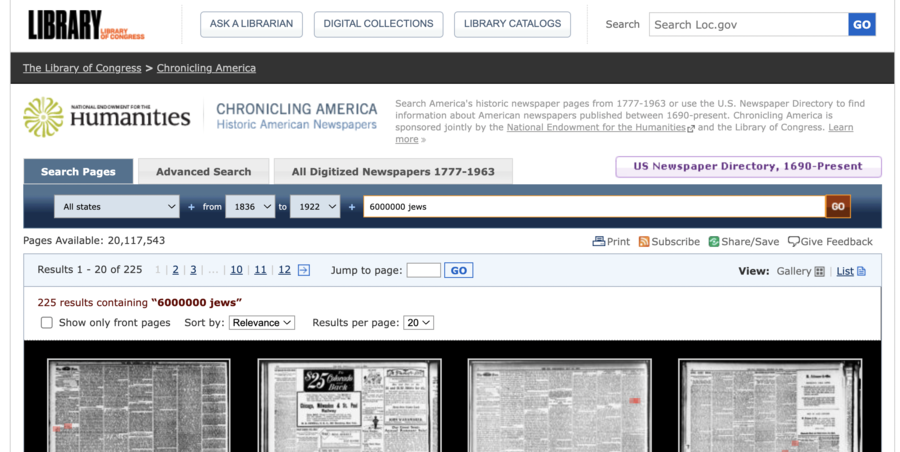 Search engine algorithms prioritize results that match search terms precisely. While narrowing down the scope of an inquiry to a particular number or period of time may be a good strategy for finding the original source of information, it will not show all the data describing a phenomenon or its prevalence. 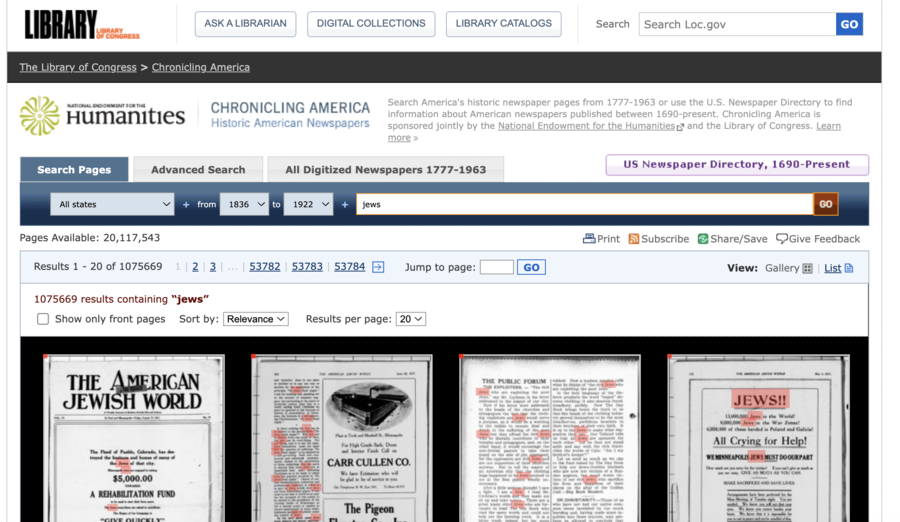 Thus, the figure of 6 million Jews is just one of many references in the U.S. press to the size of Jewish populations before World War II.

Given that some broad issues may affect the same populations, it is not statistically impossible that numbers occasionally repeat themselves in news reports.

The United States Holocaust Memorial Museum confirms 6 million as the most accurate estimate of the number of human lives lost among Jewish populations during the Holocaust. The museum also points out that establishing the precise number is a nearly impossible task, given that the Nazis attempted to destroy official archives at the end of the war:

There is no single wartime document created by Nazi officials that spells out how many people were killed in the Holocaust or World War II.

To accurately estimate the extent of human losses, scholars, Jewish organizations, and governmental agencies since the 1940s have relied on a variety of different records, such as census reports, captured German and Axis archives, and postwar investigations, to compile these statistics. As more documents come to light or as scholars arrive at a more precise understanding of the Holocaust, estimates of human losses may change.

The Israeli daily newspaper Haaretz reported in 2022 that, in fact, the former Nazi official Dr. Wilhelm Hoettel, citing the Holocaust organizer Adolf Eichmann, appeared to be the first to mention that systematic killings of Jews had resulted in the deaths of 6 million Jews.

Israeli historians used different methodologies to verify the number of Holocaust victims and arrived at different conclusions, but most of their estimates fell between 5 million and 6 million people, according to Haaretz. As the newspaper clarified, the fluctuations largely stem from the difficulties determining the number of victims in formerly Nazi-occupied parts of the Soviet Union, given the secretive nature of the Soviet state.

Additional Lead Stories fact checks about the Holocaust can be found here, here, here and here.