Did WikiLeaks in December of 2022 release Apollo 11 "moon landing cut scenes filmed in Nevada desert," proving that the moon landing never happened and was instead staged for filming right here on Earth? No, that's not true: The video in this post splices together a scene from a 1977 fictional movie, which was not even filmed in Nevada, and authentic footage of the 1969 Apollo 11 moon landing. A representative of the National Aeronautics and Space Administration (NASA) and a Smithsonian National Air and Space Museum spokesperson confirmed to Lead Stories that this claim is false. 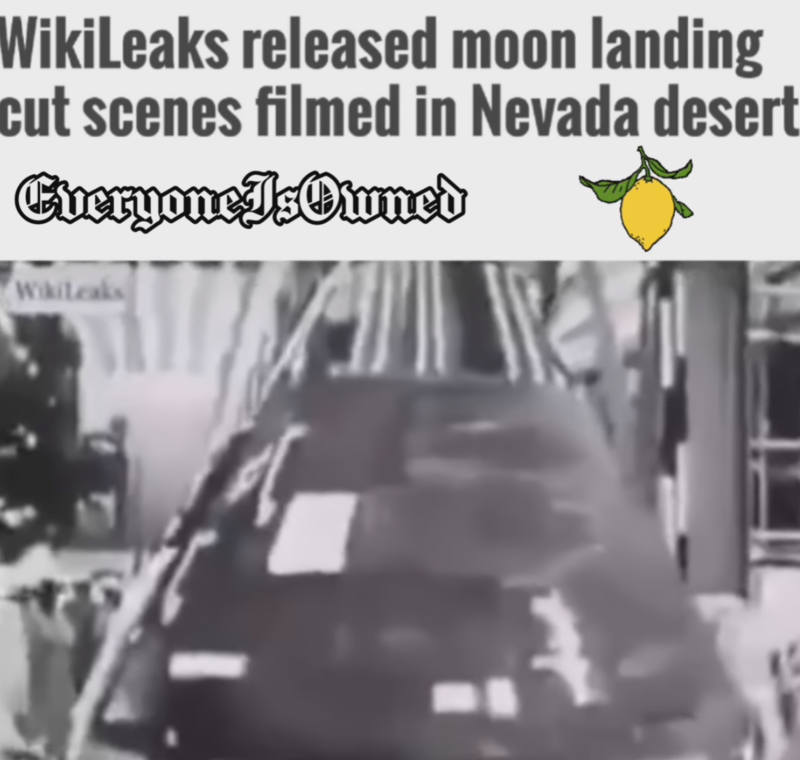 WikiLeaks was not posting new investigations in December, 2022

The most recent post by WikiLeaks on its website is 2021. A search of the site found no mention of the Apollo missions contemporaneous to the post's claim that WikiLeaks had unmasked a faked landing. The only Apollo reference on the site is a no-longer viable set of WikiLeaks' materials on an energy program.

No status report is available on the WikiLeaks site itself, but a November 22, 2022, Gizmodo article, titled "WikiLeaks' Website Is Falling Apart," detailed how the WikiLeaks website is now defunct since its owner, Julian Assange, faces extradition from the United Kingdom to the United States on espionage charges.

Experts on the U.S. space program note that geologic and documentary evidence, thousands of witnesses and independent corroboration all establish the specifics of the Apollo program.

Allard Beutel, the news chief of public affairs at the NASA Kennedy Space Center, told Lead Stories in a December 8, 2022, email that the claim that the moon landing was filmed in Nevada was false:

There is a significant amount of evidence to support NASA landed 12 astronauts on the Moon from 1969-1972. We collected 842 pounds of Moon rocks that have been studied by scientists worldwide for decades.

We discovered moonquakes from the seismometers we left on the Moon during Apollo 17. You can still bounce Earth-based lasers off the retroreflector mirrors placed on the lunar surface by the Apollo astronauts.

NASA's Lunar Reconnaissance Orbiter (LRO) imaged the landing sites in 2011. And our Cold War adversary, the Soviet Union, which was trying to beat NASA to the Moon, tracked the Apollo 11 mission and sent the United States a congratulatory letter after that first human Moon landing.

The Soviets wouldn't have done that if we didn't land on the Moon. As part of our current Artemis program, NASA is returning to the Moon with robots and astronauts to explore more than ever before.

Our Artemis I uncrewed flight test is underway and scheduled to splashdown in the Pacific Ocean this Sunday, Dec. 11. We look forward to building on our legacy of lunar exploration and preparing humanity to ultimately explore Mars.

Margaret Weitekamp, who is the chair of the space history department at the Smithsonian's National Air and Space Museum, also confirmed to Lead Stories in a December 9, 2022, email that this claim was false:

The Apollo lunar landings, 6 successful landings and returns from the Moon, happened. The Smithsonian's National Air and Space Museum has the physical evidence of the spaceflights as well as tangible evidence of how it was planned, tested, and executed. The Apollo missions were embedded in a program that included other spaceflights as well as simulation and training. Moreover, as many as 400,000 people, at NASA centers, manufacturing plants, and other sites scattered across the United States participated in the Apollo program. That is not to mention the collaborations and broadcasting centers around the globe.

The video is an obvious clip job

The videos used in post that is the subject of this fact check are from known sources. They are edited together in a deceptive fashion.

The deceptive post also uses video lifted from "Capricorn One", a 1977 film about an ill-fated mission to Mars. The "Capricorn One" Internet Movie Database (IMDb) page notes that on-location shooting took place in California, Arizona and Texas. No Nevada shoots were documented on IMDb. The entirety of the fictional movie can be viewed here.

A December 14, 2014, YouTube video titled "On Set Capricorn One" was digitally manipulated to mesh with the original video of the real Apollo 11 moonwalk. That is the second video seen in the post, broken down into separate scenes.

Other Lead stories fact checks about the Apollo 11 moon landing can be found here.