Boston, MA | Three members of the so-called 'Irish mob midgets', a Boston-based criminal organization composed of people of short stature, have been arrested this morning reports the Boston Chronicle.

Later in the article the "Irish Mob Midgets" are described like this:

Although the Irish mob midgets officially describe themselves as a "non-profit motorcycle enthusiast group for small people of the Boston area", several high-profile members of the organization have been arrested in the past years on charges of drug-trafficking, arson and aggravated assault. 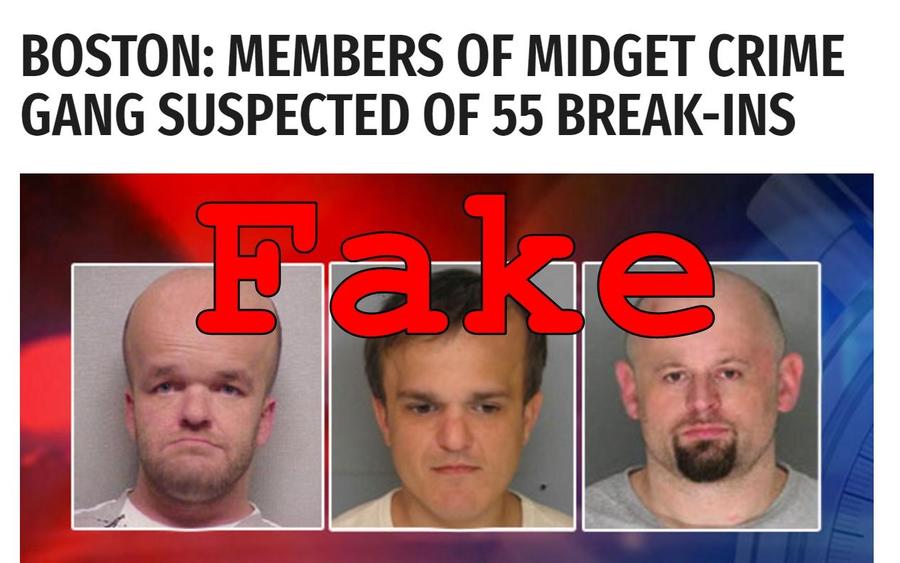 This is the second fake news viral smash hit for World News Daily Report in a few days as just last week they hit it big with another story about a woman alledgedly training squirrels to attack her ex boyfriend. That story earned them at least 1.9 million likes.

Their newest fake piece is also being shared around widely as you can see in the Trendolizer graph at the end of this article. If you notice anyone spreading it around as real you can help by pointing them to this article here because nobody likes being fooled by fake news.