There is very little coming out of the capitol this hour. If you weren't one of the half dozen outlets with someone inside, this story probably hasn't reached you yet. LLOD reporter Skip Tetheluda reports from the GOP wing of the US Capitol:

"There are hostage negotiators from the FBI as well as agents from every intelligence service combing through footage of video cameras as to whether this is worst case scenario or just a matter of a lost boy. The media was immediately hushed out but those few of us who were there in the beginning heard Congressman Gowdy shout in a loud, panicked voice, 'Goddamit, where the (expletive) is my boy!?'"

The picture that goes with the article is not actually from any Capitol lockdown but from the Comet Ping Pong shooting in Washington D.C. where a conspiracy theorist showed up with a gun in a pizza place he believed was used by a child trafficking ring. 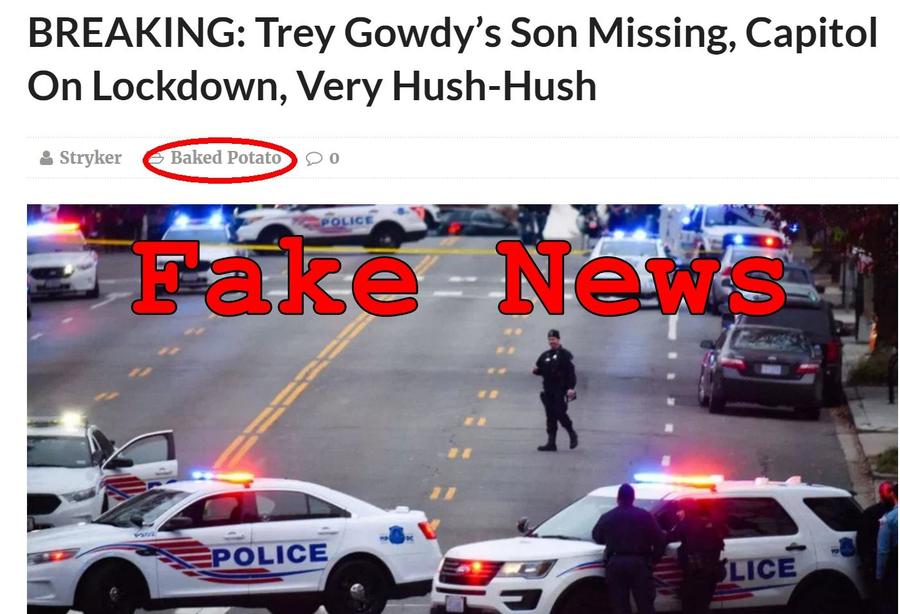 The Resistance: The Last Line of Defense is in fact a fake news website that carries following disclaimer on its about page:

The story is already being shared on social media as you can see in the Trendolizer graph at the end of this article and it will undoubtedly be picked up by various other fake news websites. Please help stop spread this rumor before some nutjob with a gun shows up at the Capitol and people get hurt.