Will pressing the "cancel" button two times before inserting your credit or debit card at an ATM prevent the theft of your PIN code? No, it is a myth that has spread through posts on Facebook since November 2018. It is typically titled "Message from a Banker" and illustrated with a photo of an automated teller machine.

"A very useful tip while withdrawing funds from an ATM," the false post reads. "Press 'cancel' button twice before inserting the card. If anyone has set-up the keypad to steal yr PIN code this will cancel that set up."

Here's an example of the myth being spread via an image post (archived here) published by a Facebook user on February 19, 2019 but it has been copied many times over before.

The popularity of the posted advice -- which is robustly shared on social platforms -- is based on real security threats. The American Bankers Association warns about ATM "shimming" and "skimming," which involves the surrepticious insertion of microchips or scanners that record card and PIN information. Pressing cancel any number of times would not counter those tactics.

The ABA also warns about "criminal actors" who load malware to ATM hard drives so they can control the flow of cash from the ATM. That's called ATM jackpotting. But, again, the cancel button can't prevent that.

You can examine the port where you slide in your card to see if there are any odd devices attached. You should also be careful that no one is lurking in the behind you to visually observe you entering your PIN.

Here is an example of the image being spread, don't rely on the advice it gives and don't share it, it will only give people a false sense of security: 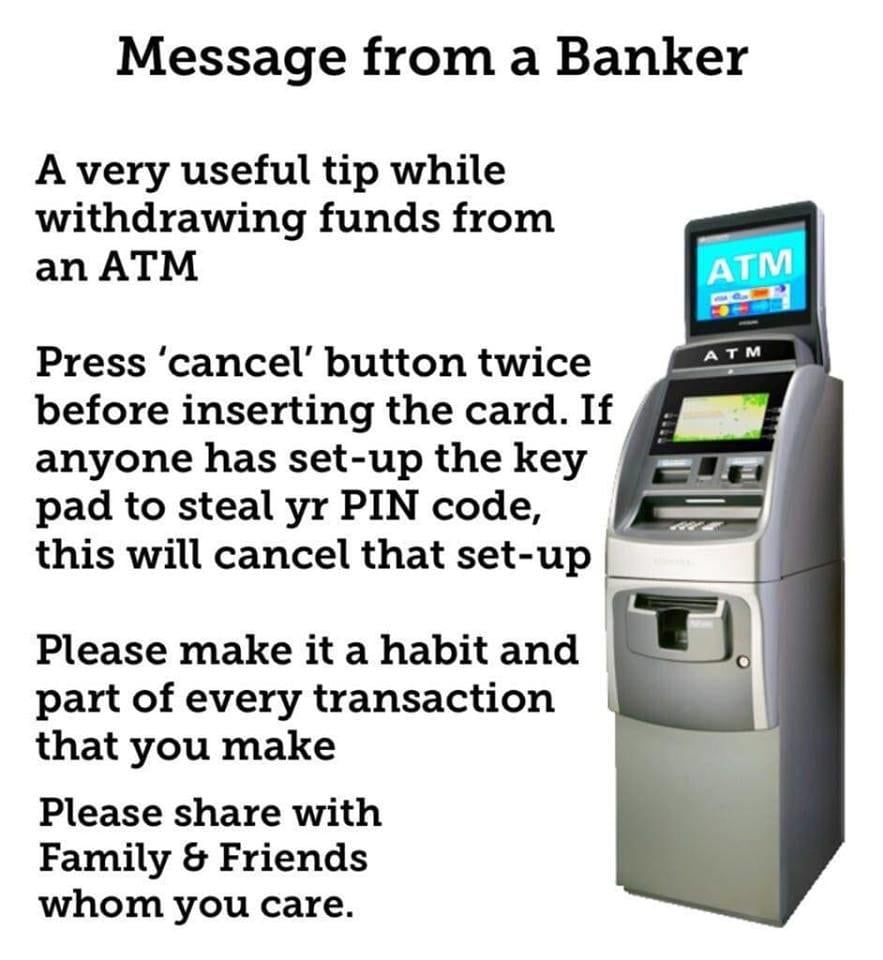