Did Hillary Clinton's 2016 campaign chair John Podesta advise Democrats in an email released by Wikileaks to "compare your opponent to Adolf Hitler"? No, That's not true: The quote was taken from a humerous Dave Barry newspaper column was included in an email sent to Podesta's publicly-listed email address from an unidentified emailer who sent similar unsolicited emails to others. Podesta never wrote those words.

The false claim first arose after Wikileaks published Podesta emails during the 2016 campaign and most recently in a post (archived here) published as a meme on June 1, 2019 under the title "Leaked Email From John Podesta". It opened:

Compare your opponent to Adolf Hitler.
This is your heavy artillery, for when your opponent is obviously right, and you are spectacularly wrong.
Bring Hitler up subtly. Say, "That sounds suspiciously like something Adolf Hitler might say," or "You certainly do remain me of Adolf Hitler."

The leaked email (see it here) was actually quoting a newspaper column by American humorist Dave Barry citing a "list of tips for winning any argument on any topic." The full list read:

Use snappy and irrelevant comebacks. You need an arsenal of all-purpose irrelevant phrases to fire back at your opponents when they make valid points. The best are: You're begging the question. You're being defensive. Don't compare apples to oranges. What are your parameters? This last one is especially valuable. Nobody (other than engineers and policy wonks) has the vaguest idea what "parameters" means. Don't forget the classic: YOU'RE SO LINEAR. Compare your opponent to Adolf Hitler. This is your heavy artillery, for when your opponent is obviously right, and you are spectacularly wrong. Bring Hitler up subtly. Say, "That sounds suspiciously like something Adolf Hitler might say," or "You certainly do remind me of Adolf Hitler." 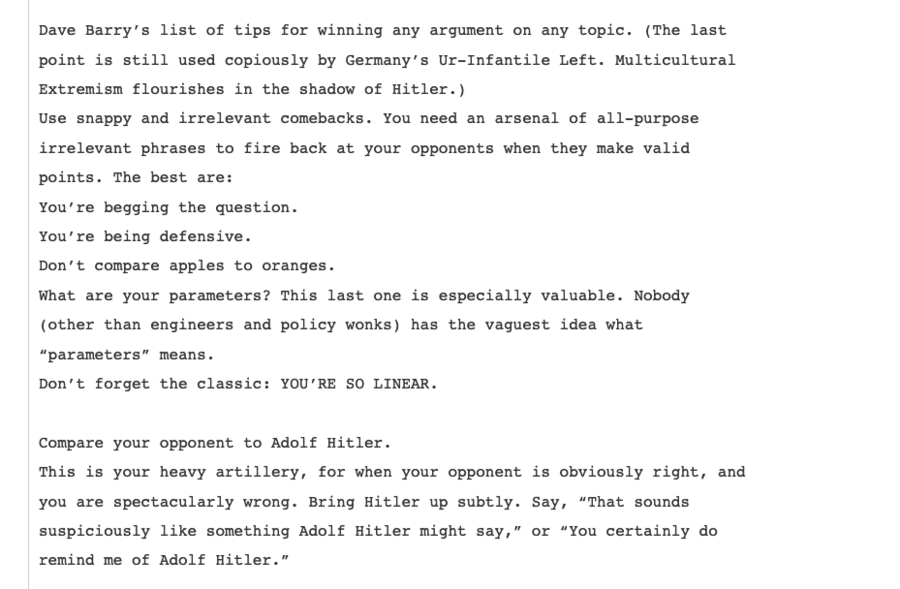 The author is a mystery. There were other emals found from the same address (from the Netherlands) in the Wikileaks release, including racists passages. The address that the email was sent to was listed for Podesta on his public profile page at Georgetown University Law Center. 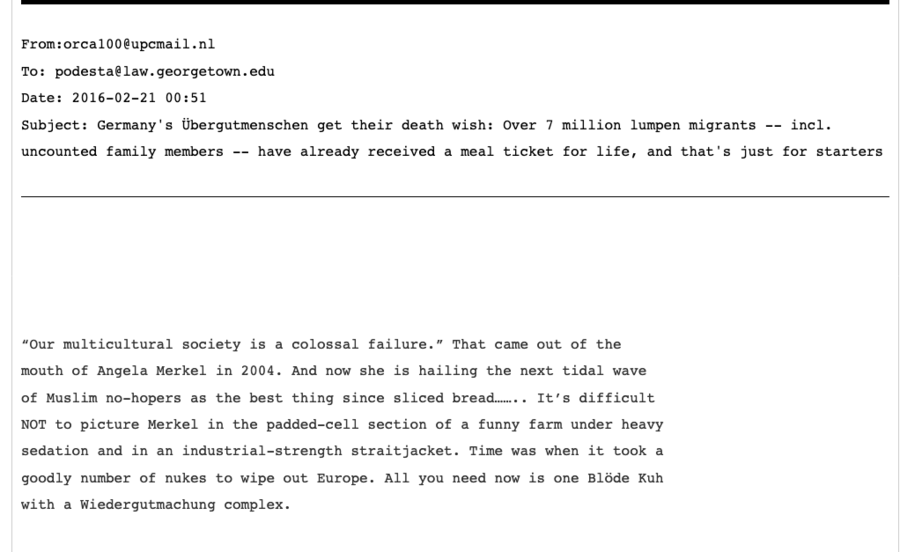 The "compare your opponent to Hitler" quote has been taken out of context and mis-used to paint Podesta as advising Democrats to follow that strategy.

Another example of the claim that the email was "from" Podesta:

U.S. investigators concluded Russians working under orders from the Kremlin hacked Podesta's emails and handed them over to Wikileaks for publication.