Did the Obama family fly to a private island to escape the coronavirus pandemic. No, that's not true: This is work of fiction published by a well-known satire network. If you see it without the satire labeling, then it was stolen by a publisher and republished. There is no truth to the claim that former President Barack Obama has fled the United States for a private island.

The claim originated in an article published by ObamaWatcher.com on March 19, 2020 titled "Obama Family Flown to Private 'Safe Island'" (archived here) which opened:

Reach into your pocket or purse, and pull put the wallet you carry when you go patriotically shopping at your nearest American small business or gun store. Is there thirty billion dollars in there? No? Then your last name isn't "Obama", and you don't own your own private "safe island" where you and your family and friends can wait out any crisis that the unwashed masses have to suffer through. 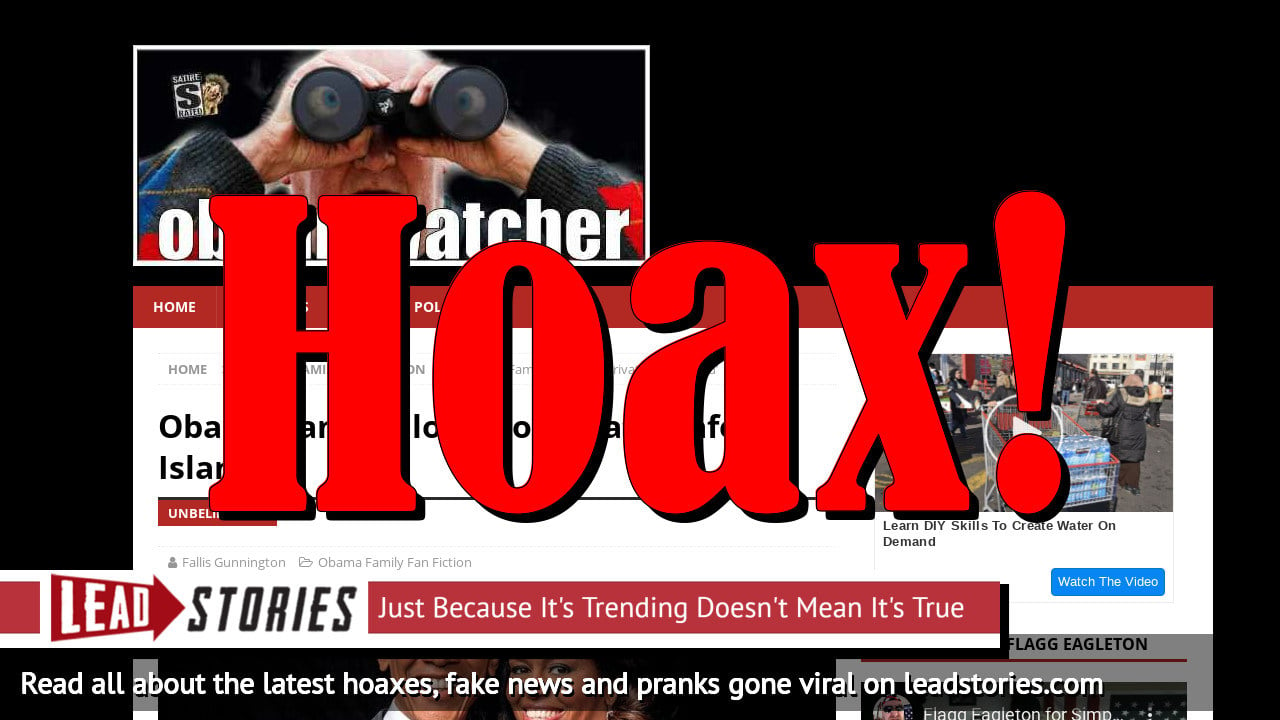 Must be nice to just bury your heads in the sand- literally.

The site is part of the "America's Last Line of Defense" network of satire websites run by self-professed liberal troll Christopher Blair from Maine along with a loose confederation of friends and allies. Blair has been in a feud with fact-checking website Snopes for some time now and has also criticized other fact-checkers in the past who labeled his work "fake news" instead of satire. In reaction to this, he has recently rebranded all his active websites and Facebook pages so they carry visible disclaimers everywhere.

NewsGuard, a company that uses trained journalists to rank the reliability of websites, describes obamawatcher.com as:

We wrote about obamawatcher.com before. Here are our most recent articles that mention the site: