Did Black Lives Matter protesters damage three war memorial sites -- in Kentucky, New York and California? No, that's not true: Photos shared to support the claim are years old and unrelated to the 2020 protests in the wake of George Floyd's death under the knee of a Minneapolis police officer.

The claims appeared in various social media posts in late May and early June, including in a meme (archived here) shared on Facebook on June 2, 2020, that was introduced with the text "Are you F**king Happy YET! F**k Them ASSHOLES!!!" The text on the meme of the old images read:

If these images don't make you disgusted and angry, please don't comment -- just unfriend me.
This is not the answer to BLM, this is pure disrespect for those who served for our country.

This meme is a compilation of several variations on the same theme, that people protesting the death of Floyd were also attacking memorials to U.S. war veterans. In fact, the fourth image in this meme may actually be graffiti reading "YALL NOT TIRED YET?" near the steps of the Lincoln Memorial during the Floyd protests. But that is not a war memorial.

The photo of white crosses on green grass was taken after 28-year-old Anthony Burrus drove his 1979 Ford Thunderbird through a temporary display in a Henderson, Kentucky, park four years ago, on May 28, 2016, according to police testimony. The car knocked down about 150 crosses that were part of a temporary Memorial Day display in Central Park in Henderson. Burrus said he had been intoxicated and had no memory of the 6 a.m. incident. There is no indication it was part of a protest. He was sentenced to three years in jail. 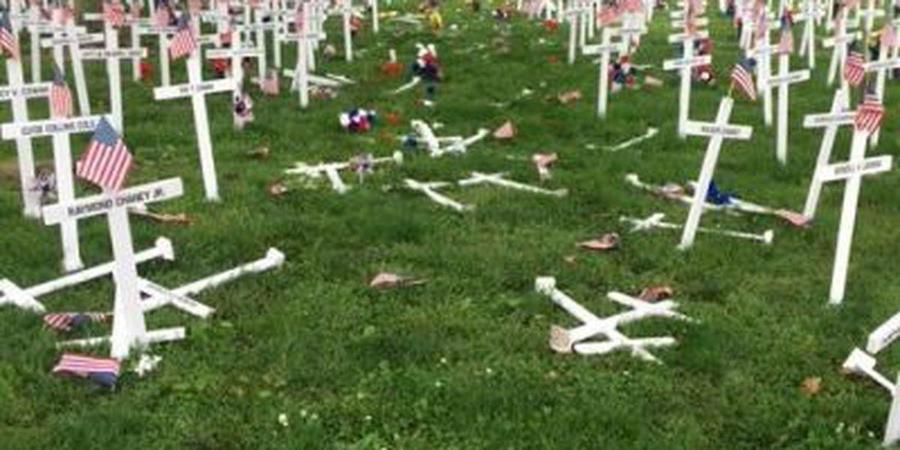 The photo of damage to the memorial plaque for Medal of Honor recipient Lt. Michael J. Murphy was taken after an act of vandalism by a 14-year-old boy nearly two years ago, on July 19, 2018, according to Newsday.com. The plaque, which is in Memorial Park in Lake Ronkonkoma, Long Island, New York, was replaced in January 2019. The vandal acted alone and not in the context of a riot or protest. Police did not reveal the name of the teen because of his age. 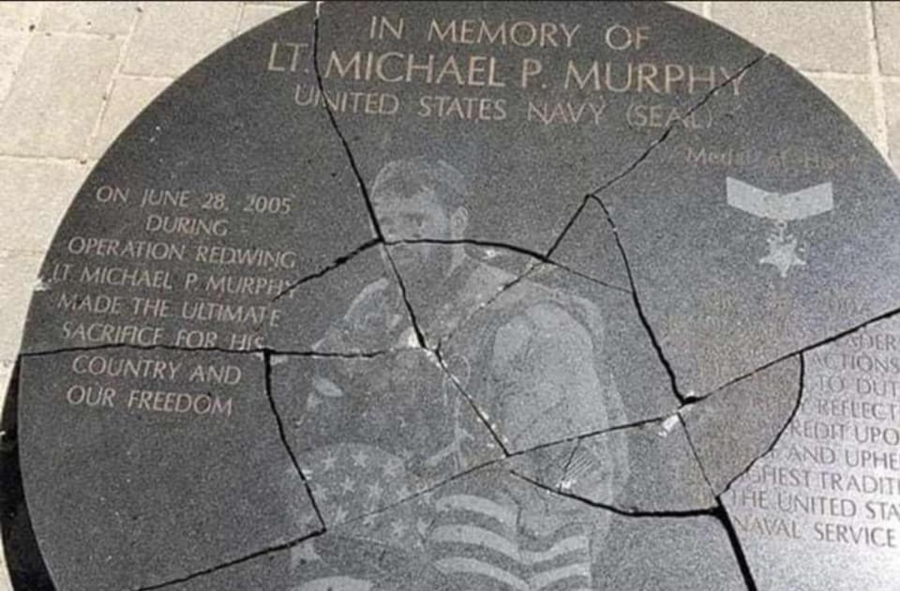 The image of the Vietnam Memorial Wall with graffiti is not of the real wall in Washington, D.C., and the photo was taken in 2016. Lead Stories debunked the claim that protesters defaced the wall in 2020 with an article titled Fact Check: Vietnam Memorial NOT Defaced By Rioters During Protests Following George Floyd's Death.

The replica is located in Venice, a beachfront neighborhood in Los Angeles. It was vandalized with graffiti in the week leading up to Memorial Day in 2016. On May 30, 2016, the Los Angeles Times wrote:

Officials said that the damage from a graffiti attack on a veterans memorial in Venice was so extensive that it will take some time to restore the monument.

Volunteers removed much of the graffiti over the Memorial Day weekend but it appears more work will be necessary to fully restore the memorial.

The memorial is painted on the side of a Metro building. 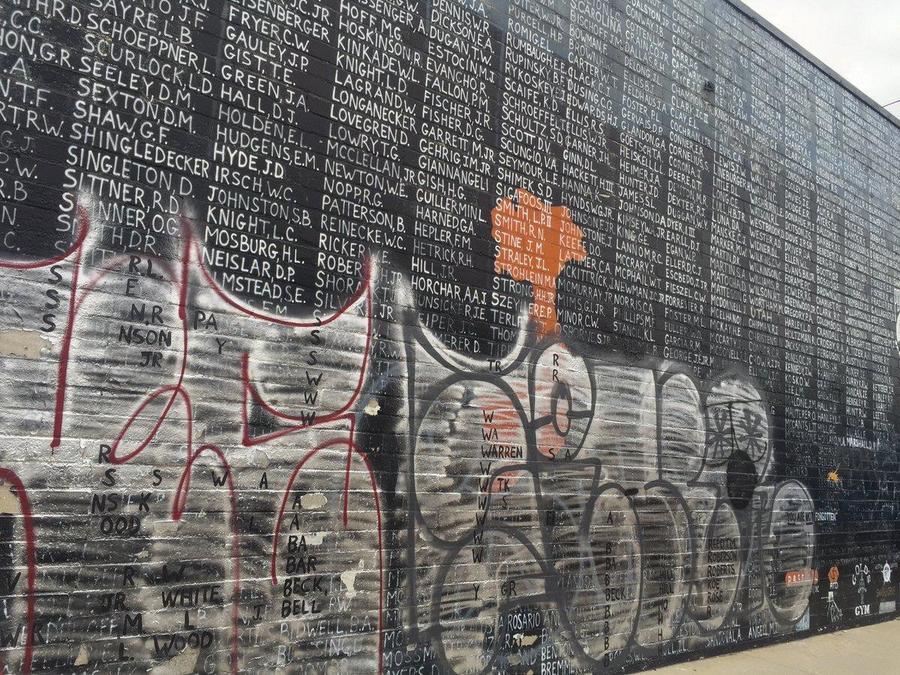 As with the crosses and the Murphy plaque, the Vietnam Wall damage has no connection to Black Lives Matter or the George Floyd death protests of 2020.