Florida is doing five times better in deaths per 1 million population (scaled for size). The media keeps highlighting that their cases are surging. More cases with less deaths means less people are dying. I'm not sure they care to fully explain that though.

This is what the post looked at the time of writing:

As its source, the post cited Worldometer, a website that tracks various statistics. The post's author considered one category -- that of deaths per million. Let's take a look at the chart:

On this date, Florida was listed as having 295 deaths per million, while New York and New Jersey were reported as having 1,683 and 1,787, respectively. From that perspective, Florida is actually doing more than "five times better" than those northern states.

But that perspective lacks critical context. "Doing better" implies what is happening now, not historically. New deaths in New York and New Jersey have fallen sharply, while new deaths in Florida are rising. Here are images that show the new daily counts in New York, New Jersey and Florida over time: 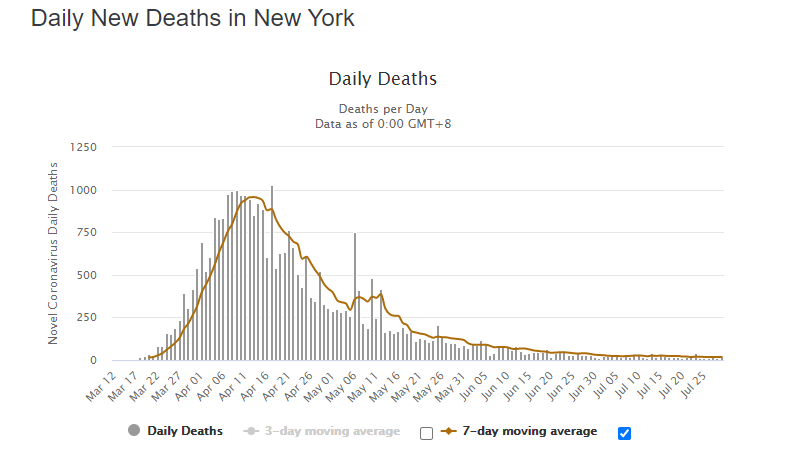 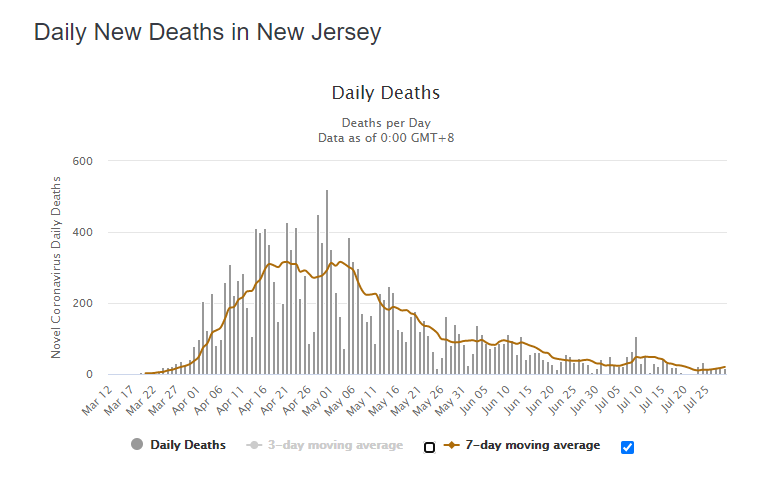 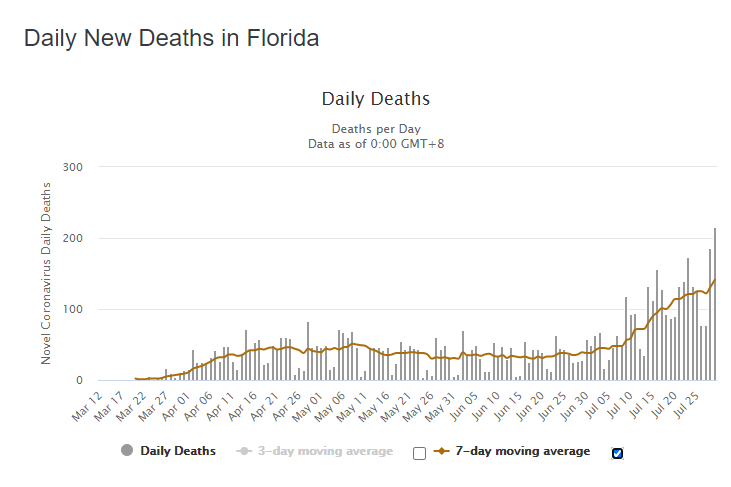 Given this context, consider the category of new deaths. On the date of the above Worldometer chart, Florida reported 216 deaths, while New York reported 15 and New Jersey reported 18. From this perspective, Florida is doing more than 10 times worse than those other states.

Or consider the category of new cases. On this date, Florida reported 9,446 new cases. New York reported 798, while New Jersey reported 234. From this perspective, too, Florida is doing way worse than those other two states.

So even though Florida may, in fact, be doing "five times better" than New York and New Jersey, when it comes to deaths per million, it's doing more than 10 times worse, if you consider new deaths and new infections.