Did Representative Marjorie Taylor Greene make the statement: "People are dying who have never died before"? No, that's not true: It first appeared in a 1930 Ernest Hemingway letter.

A search of press coverage and social media reveals no evidence of Greene ever making this statement. However, a Twitter search shows that this quote has been circulated many times and possibly appeared on social media as early as 2009.

In 2020, Lead Stories debunked false attributions of the quote to former President Donald Trump and to then-presidential candidate Joe Biden.

"People are dying who have never died before."- Marjorie Taylor Greene

Facebook users saw this at the time of writing:

This quote is attributed to a letter Ernest Hemingway wrote to a friend in 1930, quoting another friend: 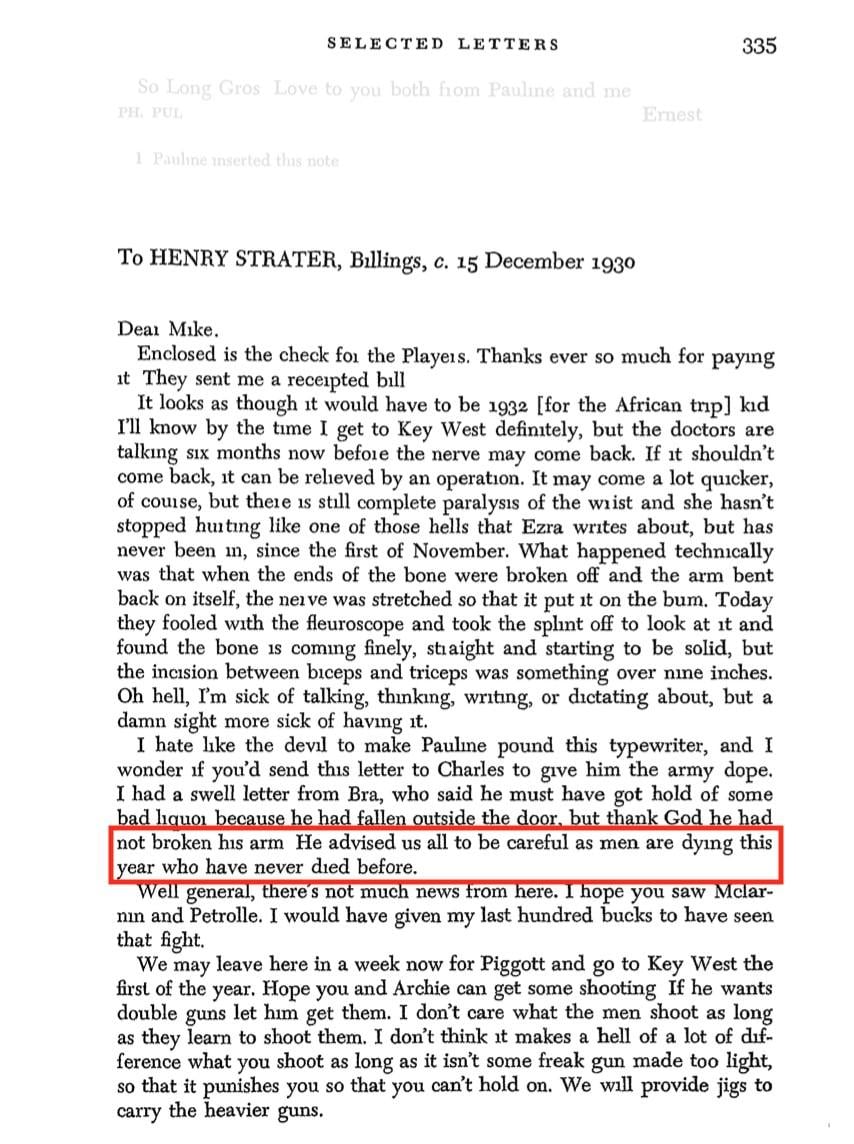 (Source: Lead Stories screenshot from an online version of a collection of collected Hemingway letters, edited to highlight the location of the quote)

Other fact-checking organizations have debunked this claim, also finding no evidence for the claim Greene said it.