Does a video posted on social media show a newscast with real journalists describing Mark Zuckerberg as a CIA agent and Facebook as a CIA surveillance replacement program? No, that's not true: The original video and audio heard in this post were produced more than a decade ago by the Onion News Network (ONN), part of a satirical news website.

I keep telling y'all stop posting personal shit on social media but y'all idiots won't listen... ✌🏻✌🏻how bout NOW??

Text on the right side of the screen over the man opens the one-minute-long video. It reads: 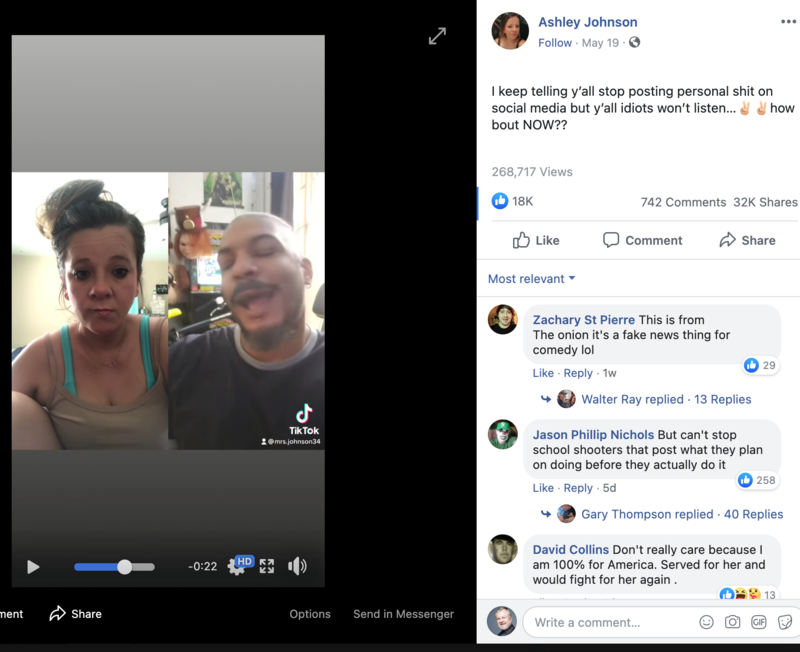 The man in the video is TikTok user @bigdaddyleo1037, who posted the video seen in this Facebook post with hashtags #onion news and #comedy.

The satirical "news" report by the Onion News Network says the CIA uses Facebook to gather information and "much of the credit belongs to CIA agent Mark Zuckerberg, who runs the day-to-day Facebook operations for the agency ..."

Social media users on TikTok and Facebook have reposted the video without the hashtags or the Onion News logo vaguely seen in the bottom right-hand corner of the fake newscast on the TV in the video. The original satirical video, archived on March 21, 2011, titled "CIA's 'Facebook' Program Dramatically Cut Agency's Costs" (archived) is no longer live on the ONN website.

It can still be seen in this March 22, 2011, YouTube video, titled, "Facebook CIA Project: The Onion News Network ONN," which featured fake journalists saying things like users of certain social media companies deserve to be "bombed." All of the people seen in the video are actors. For instance, host "Brooke Alvarez" is actress Suzanna Sena.