Is Klaus Schwab, the founder of the World Economic Forum, being investigated by Interpol for mass murder? No, that's not true: Interpol's website does not contain any evidence to back up the claim made by a satirical website.

The claim appeared in a Vancouver Times article published on July 25, 2022, under the title "INTERPOL: Klaus Schwab under investigation for mass murder" (archived here.)

Klaus Schwab, head of the WEF, is under investigation for mass murder (genocide) and crimes against humanity, according to several sources at Interpol. Schwab faces the death penalty if he is charged and convicted.

Schwab was picked up by Interpol's radar after he became clear he was using a combination of kickbacks and extortion to pull strings in countries around the world. Schwab is accused of giving the order to Trudeau to murder the Canadian population with deadly, untested vaccines.

Here is what the Vancouver Times article looked like at the time of writing: 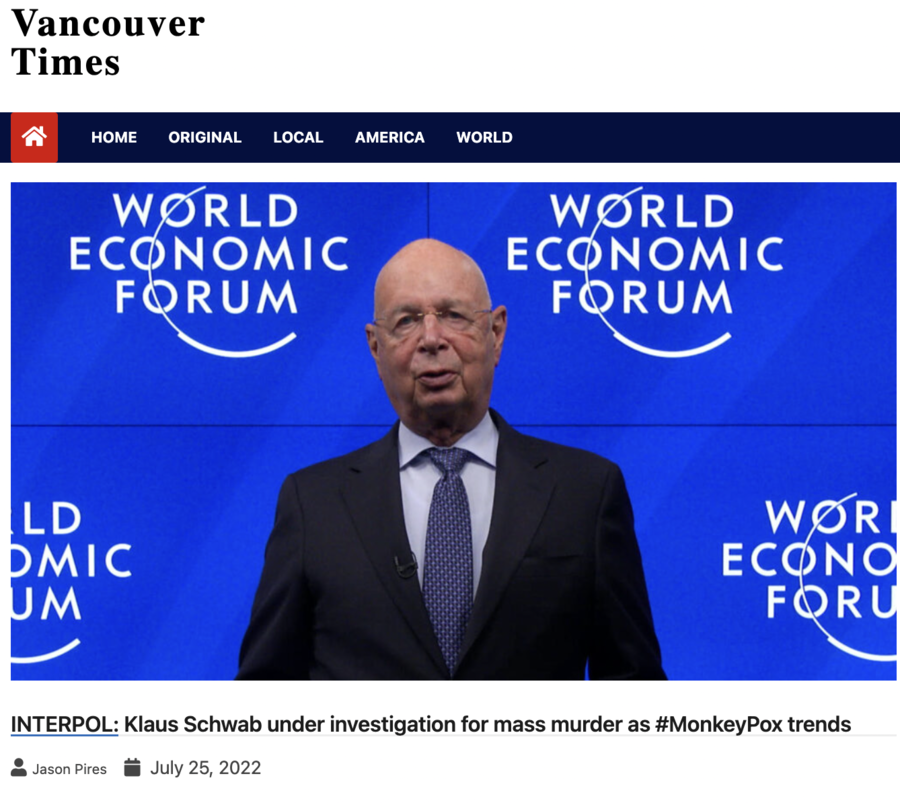 The International Criminal Police Organization cited as a primary source of information in the headline did not make any statements about Klaus Schwab: 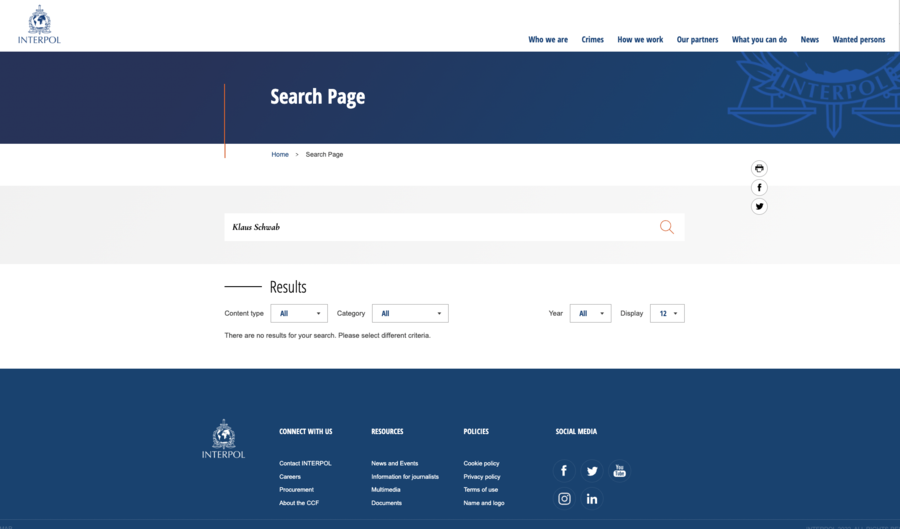 The very first paragraph of the piece alters attribution by saying that its information came from unnamed sources, not the same thing as an official organization's statement. Readers are provided with no detail about any supposed anonymous interviewees' roles or ranks, which further obscures the evaluation of any sources' credibility.

The accusation that "Klaus Schwab is accused of giving the order to Trudeau to murder the Canadian population" relies on another Vancouver Times claim, already debunked by Lead Stories. Additionally, the existence of this supposed order is highly doubtful, given that Trudeau, the head of the Canadian Government, oversees the work of other ministers, and Schwab is not an elected official in that country at all.

Vancouver Times describes itself as a satirical website and says that it bears no responsibility for the "completeness, accuracy, timeliness" of published materials.