Did CNN publish an article or a news report stating that "Elon Musk could threaten free speech on Twitter by literally allowing people to speak freely"? No, that's not true: As of November 28, 2022, the CNN website had not published such a story, which originated from a satirical website overtly presenting itself as a "source of fake news."

The claim appeared in a tweet (archived here) published on November 28, 2022, by the verified account of Elon Musk, who gained control of Twitter in late October 2022. The entry consisted of a single picture that included what appeared to be a screenshot from CNN that said: 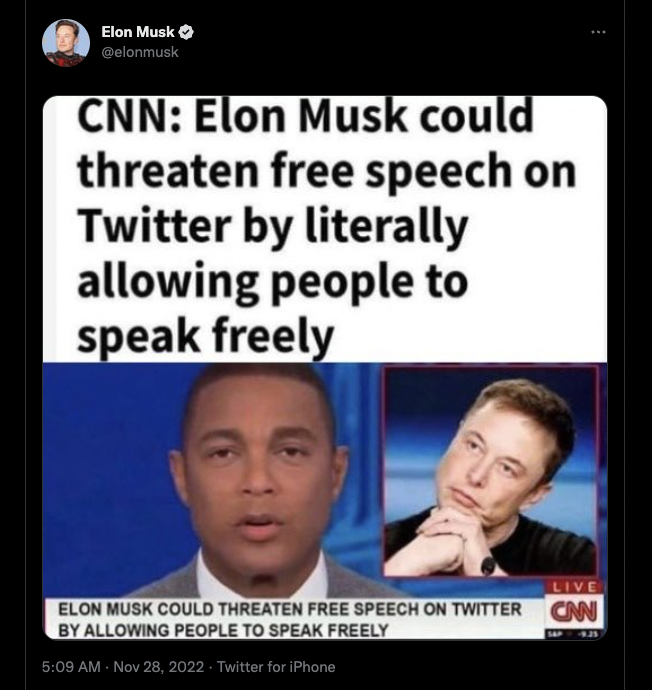 CNN, however, quickly refuted the claim, also on Twitter: 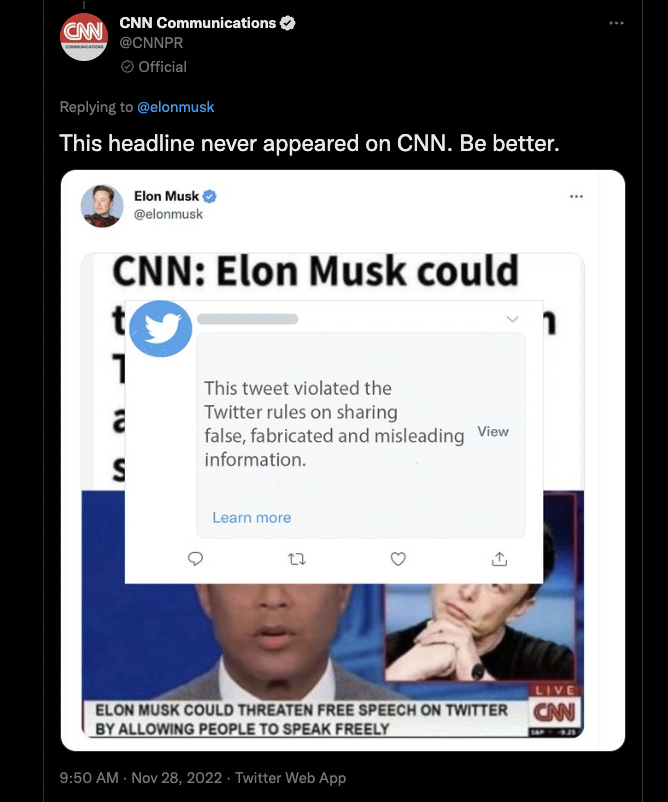 As of this writing, a search across CNN articles showed zero results for the purported headline: 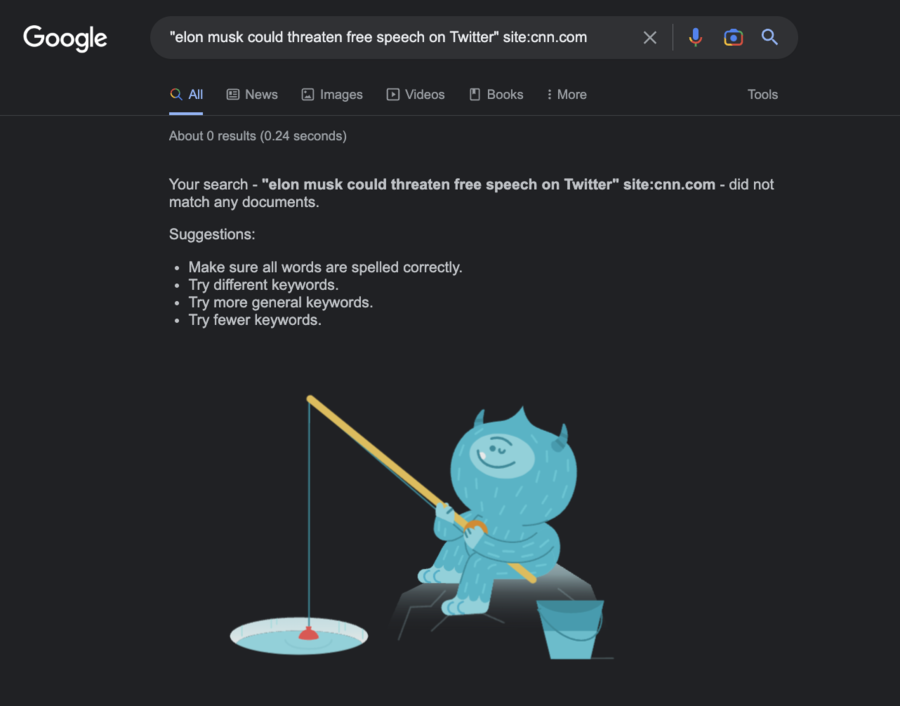 The story, however, is not new. It originated from an article published in February 2022 on the website that describes itself as "THE MOST RELIABLE SOURCE OF FAKE NEWS ON THE PLANET": 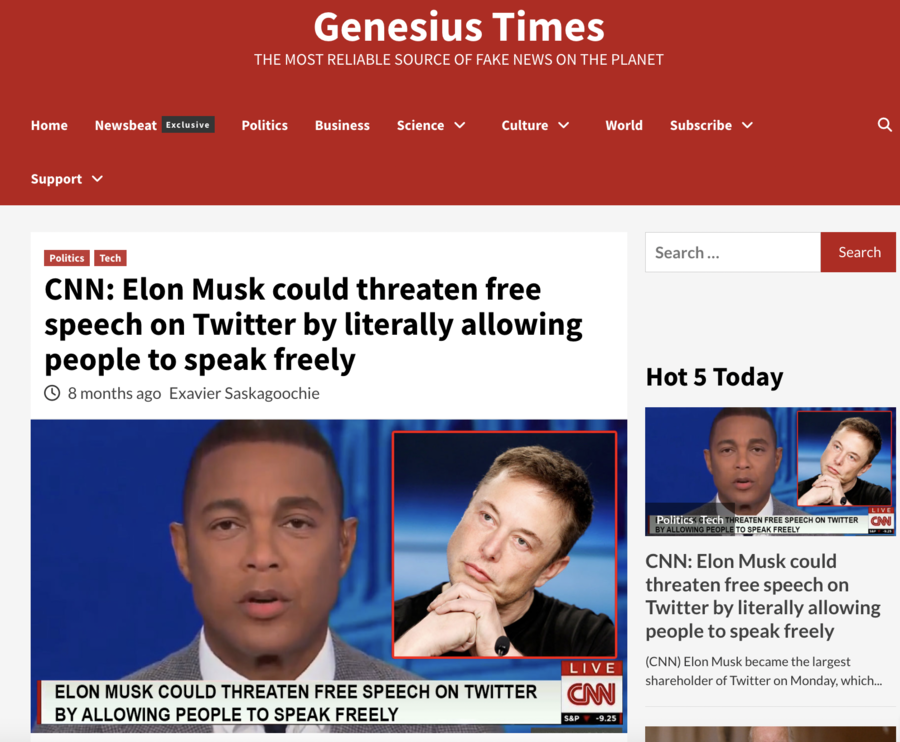 Ron Brownstein, a senior editor at the Atlantic, expressed concerns in the same thread that the platform's owner "repackages" racism, antisemitism, homophobia and far-right sentiments as "free speech" and gets critical toward "any effort to hold him accountable."

In contrast, Fox News said that Musk "mocked" CNN. While the website Musk's screenshot came from says on the bottom of its homepage that its articles are not only "fake news" but also satire, Musk's tweet itself did not mention the source and was not labeled as satire.

Musk had already posted unverified information on his feed in the past. One example was a link to a conspiracy theory about the attack on then-House Speaker Nancy Pelosi's husband, a variation of which was debunked by Lead Stories.