Is it true that "Yellowstone officials just closed down the park & said the volcanic uplift is rising" on December 18, 2022? No, that's not true: A video that made this claim reused shots from a fictional movie that has been available on YouTube since at least 2021. Officials say the park is open, and the U.S. Geological Survey says it "shows no indication of preparing for any sort of eruption."

The claim appeared on Facebook on December 18, 2022, under the title: 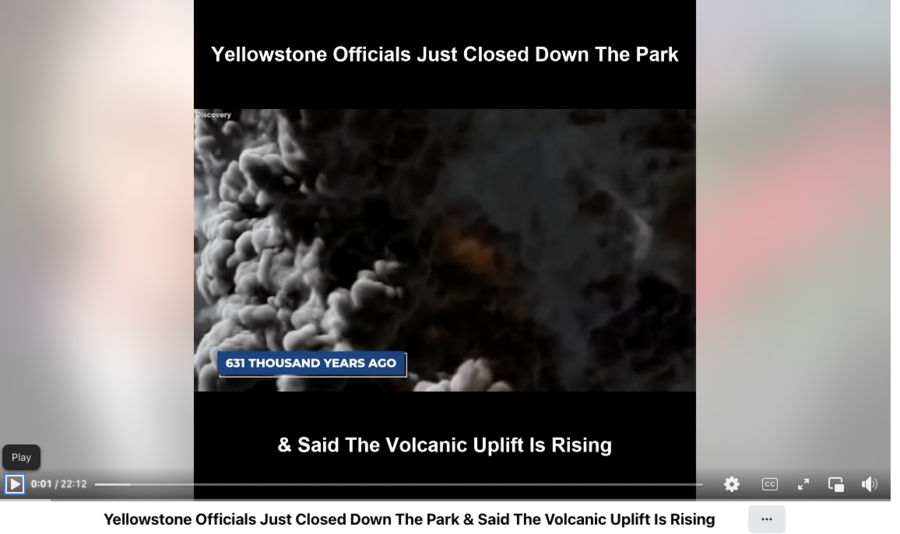 The claim started circulating on social media in September 2022 and then resurfaced again in mid-December 2022, days after Netflix had released a documentary covering the experience of the people caught in the 2019 volcano eruption in New Zealand. Footage from tourists at the Whakaari island captured what it was like to be in the disaster's epicenter.

Unlike the documentary, the claim didn't discuss a real-life event and reused video from a fictional movie.

According to the U.S. Geological Survey, "The fundamental view of the Yellowstone magma reservoir system has not changed--it is a mostly solid crystalline mush, and shows no indication of preparing for any sort of eruption."

The Yellowstone National Park Office of Public Affairs told Lead Stories via email on December 19, 2022, "The park is open for the winter season," though it might operate within a reduced capacity during winter because of the weather, according to the National Park Service,

According to Britannica, the territory of Yellowstone park, located at the intersection of Wyoming, Montana and Idaho, includes a supervolcano whose eruptions might potentially reach magnitude 8. However, all three known instances of that took place hundreds of centuries ago.

The clip on Facebook contains some generic shots from the materials produced by such TV channels as Discovery, National Geographic or Smithsonian. Those are mixed with scenes that are not from 2022 and do not portray reality at all. 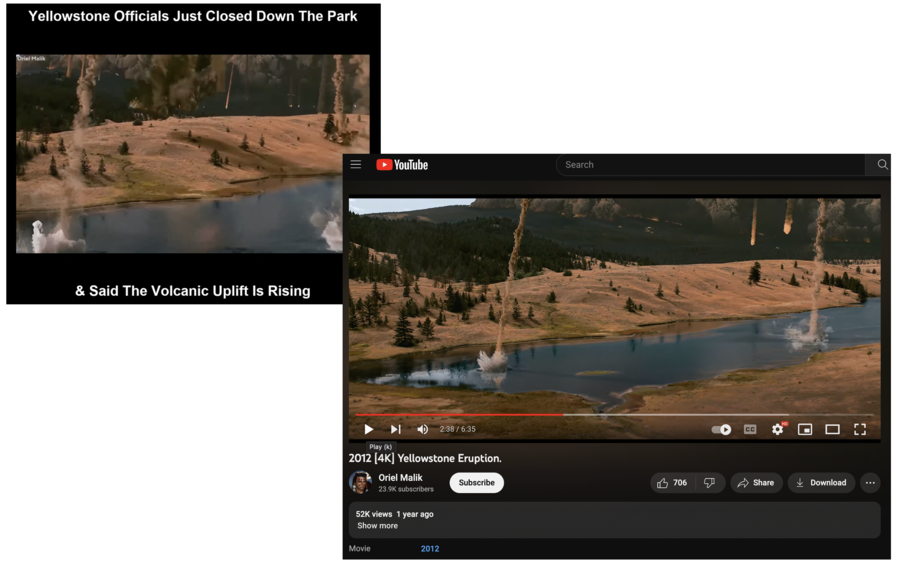 Other Lead Stories fact checks about volcanos can be found here, here, here and here.