Can cranberry juice alone remedy urinary tract infections, also known as UTIs? No, that's not true: Doctors recommend antibiotics to treat UTIs. Experts don't discourage patients experiencing UTIs from using cranberry juice or other cranberry-related products, but agree that more research needs to be done. An obstetrician-gynecologist told Lead Stories that the type of antibiotic given to a patient depends on the type of bacteria causing the UTI.

The claim about cranberry juice and UTIs appeared on Facebook on December 28, 2022, as a Facebook Reel. The video's caption read:

The video opened with a woman behind a bottle of cranberry juice. She said:

Many years ago, my mother shared with me that cranberry juice is a wonderful remedy for urinary tract infection. 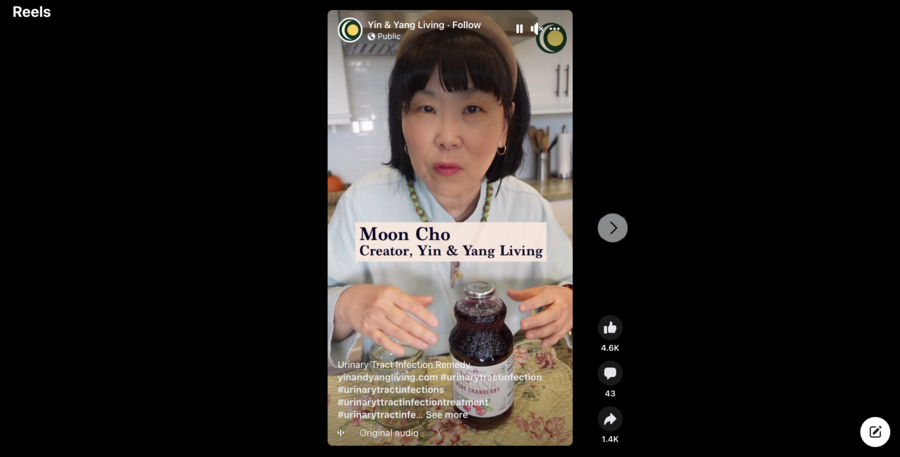 The video's narrator claims that drinking cranberry juice with no added sugar for three hours straight and urinating every 15 minutes cleared her UTI in half a day. The Facebook Reel does not include any links to peer-reviewed studies that back this claim. The woman in the video also does not give any evidence outside of her personal anecdote.

In response to the video, Dr. Monte Swarup, a board-certified obstetrician-gynecologist in Arizona and the founder of HPD Rx, a health supplement company, told Lead Stories in a January 6, 2023, email that:

Cranberry juice may be helpful at preventing UTIs but more research needs to be done. We recommend antibiotics to treat patients with UTIs. The type of antibiotics and the dose of treatment as well as the length of recommended treatment is based on the bacteria type which is creating the infection. Your personal medical history is also an important treatment factor.

A 2019 guideline statement from the American Urological Association, Canadian Urological Association and Society of Urodynamics, Female Pelvic Medicine & Urogenital Reconstruction includes a "conditional recommendation" for cranberries as a possible response to recurrent UTIs in women, but found that the evidence about this treatment is insufficient to advise for or against it (Grade C). The guideline statement cautions:

No other study of a cranberry formulation showed differences in benefits or harms associated with treatment, and the strength of evidence for all comparisons and outcomes was very low. Future placebo-controlled trials with a standard formulation of cranberry are still needed.

Another Lead Stories fact check debunking the claim that a specific juice recipe gets rid of UTIs can be found here.