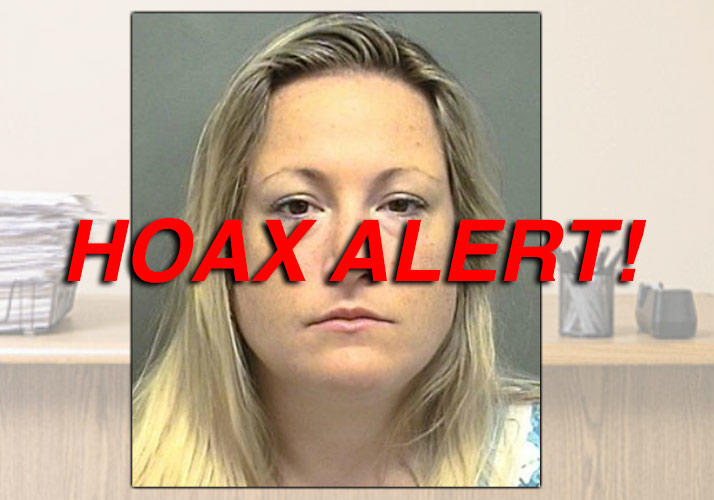 There is a HOAX story steaming up the internet stating "Woman arrested for defecating on boss' desk after winning the lottery." Although the NOT TRUE story comes from a HOAX site, many people are unaware of that and continue to share this NOT TRUE story.

A small piece of the NOT TRUE story:

A 41-year-old woman had the winning lottery ticket worth over 3 million dollars on Friday night, but showed up to work anyway on Monday to deliver one last package. slowly opened the door to discover the woman with her pants around her ankles, hunched over on my desk like a hippopotamus/cheetah dropping a massive poo on my desk. She shot her head towards me and locked eyes.

The mugshot image used in the NOT TRUE story actually comes from a 2014 story titled "Needles found at Holmes contained traces of cocaine." Below is one of the original images of the mugshot: 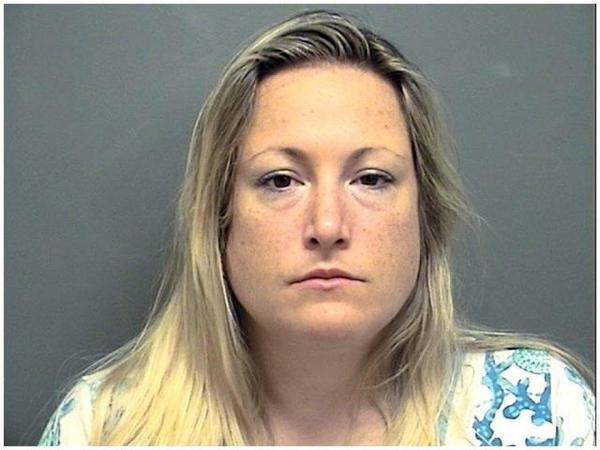