Just days after having a nominee sworn into the highest court in the land, President Trump may get another chance. Justice Ruth Bader Ginsburg, at 84-years-old, has been rushed to George Washington Hospital in what paramedics referred to as an "unresponsive" state.

According to Fox News, Ginsburg was in her home early Wednesday morning when she slipped into unconsciousness. Her bodyguard found her and called 911. The responding paramedics arrived in under 4 minutes and had her at the hospital within 10, but so far, reports are saying she has yet to be revived.

The publisher is playing on the recent intense speculation about the U.S. Supreme Court -- with the new addition of Justice Neil Gorsuch -- that several of the older members will retire or die, giving President Trump the opportunity to appoint another conservative to tilt the balance on the high court. This is a fake story. The Notoriious RBG, as she is known by fans, is not "unresponsive" or in a hospital. 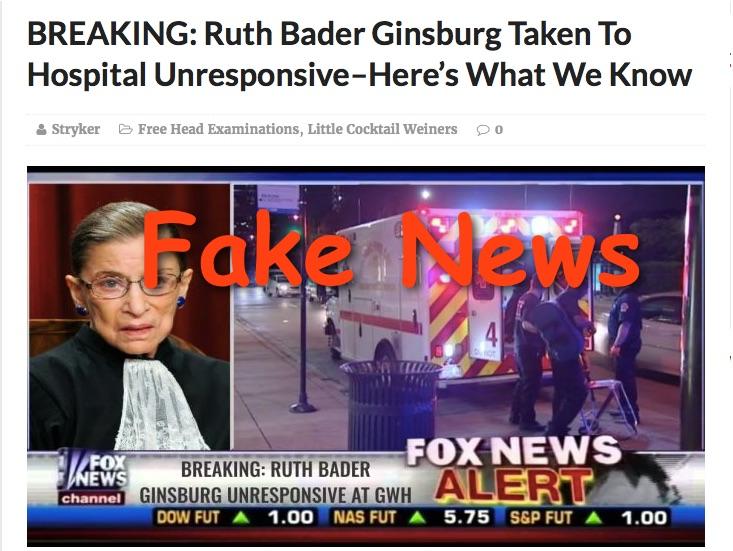