It's fake news hunting season again, and we just spotted some at World News Daily Report, where they have an article going titled: "Colorado: Hunter claims he was sexually assaulted by a sasquatch". It leads:

Darrel Whitaker, from Glenwood Springs in Colorado, claims a sasquatch attacked him and attempted to rape him while he was walking in the woods.

The 57-year old man was walking to his hun

And it is accompanied by a picture of what looks like a hunter: 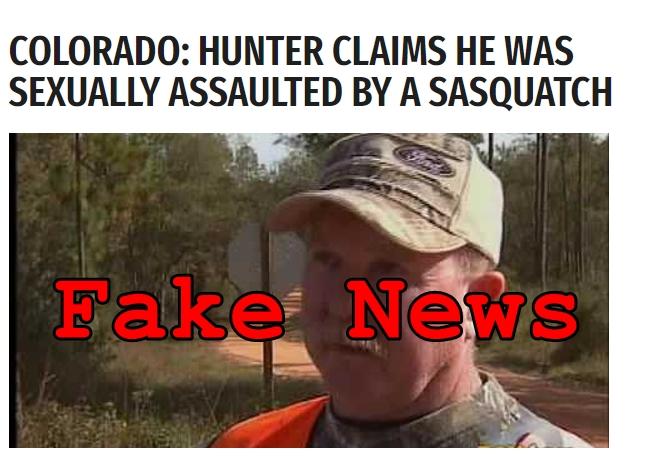 The hunter is actually Hershel Parker and he features in an old news video about a hunting accident (around 20 seconds into the video):