Fox News superstar Tucker Carlson succumbed to his injuries and died overnight after being hit head-on while driving home. The Ford Explorer that crossed the median to slam into him was stolen, reinforced to sustain a head-on collision without killing the driver and left at the scene. After a preliminary investigation, police have ruled out an accident and Carlson's cause of death has been ruled a homicide.

Yep, it's yet another death hoax... 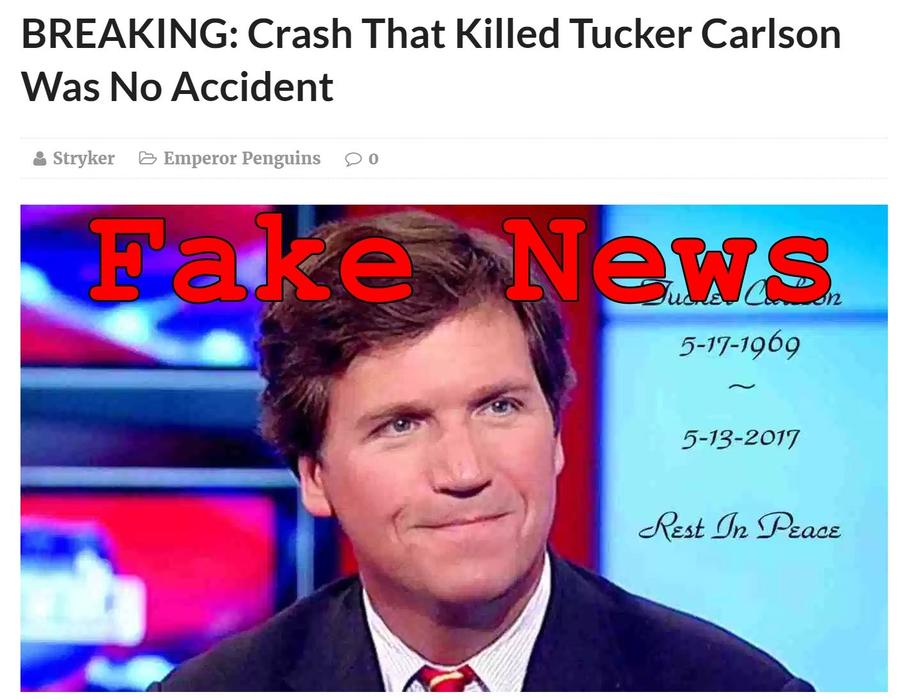 It also features a supposed quote from "Carlson's secretary, Beth Anne Wiles" who supposedly talked to Breitbart News but the words "Breitbart News" are actually a link to this photo on the Flickr account of Michael Bingaman: Tucker Carlson is fine, the story is not true at all.