Did President Donald Trump actually propose setting up a Fake News Trophy contest? He did indeed, via this tweet:

We should have a contest as to which of the Networks, plus CNN and not including Fox, is the most dishonest, corrupt and/or distorted in its political coverage of your favorite President (me). They are all bad. Winner to receive the FAKE NEWS TROPHY!

Knowing how things organised by the government tend to go over budget and never get delivered on time we decided to help him out by setting up a simple Twitter poll:

In response to the tweet of @realDonaldTrump, who do you think would actually win his hypothetical Fake News Trophy? #fakenewstrophy #fakenews #ABC #CBS #NBC #CNN

You can vote for all three big networks, plus CNN and not including Fox. In one day we'll announce the winner, on time and under budget! 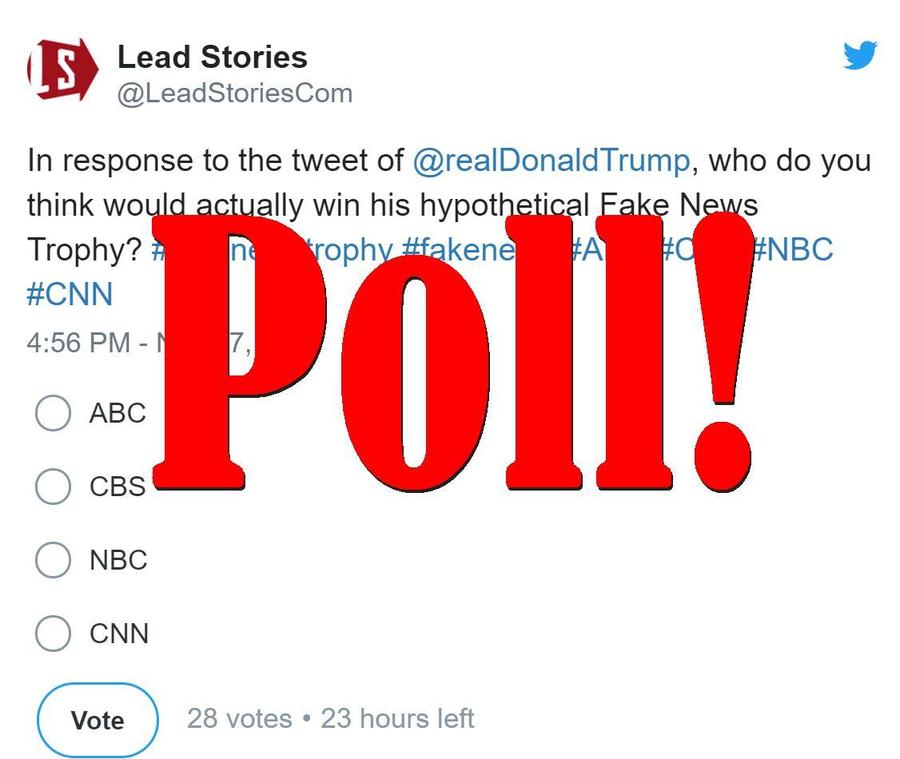