Akimbo Obwe'bwe, a 29-year-old zoo intern originally from Gabon, was found guilty of feeding sedatives to Big George, one of the zoo's top attractions, and partaking in sexual activity with the sedated animal.

According to unreleased video footage, Obwe'bwe proceeded to insert the animal's penis inside his mouth for several minutes but apparently underestimated the strength of the medication, leading the animal to wake up and lash back at the zookeeper, alerting other employees. 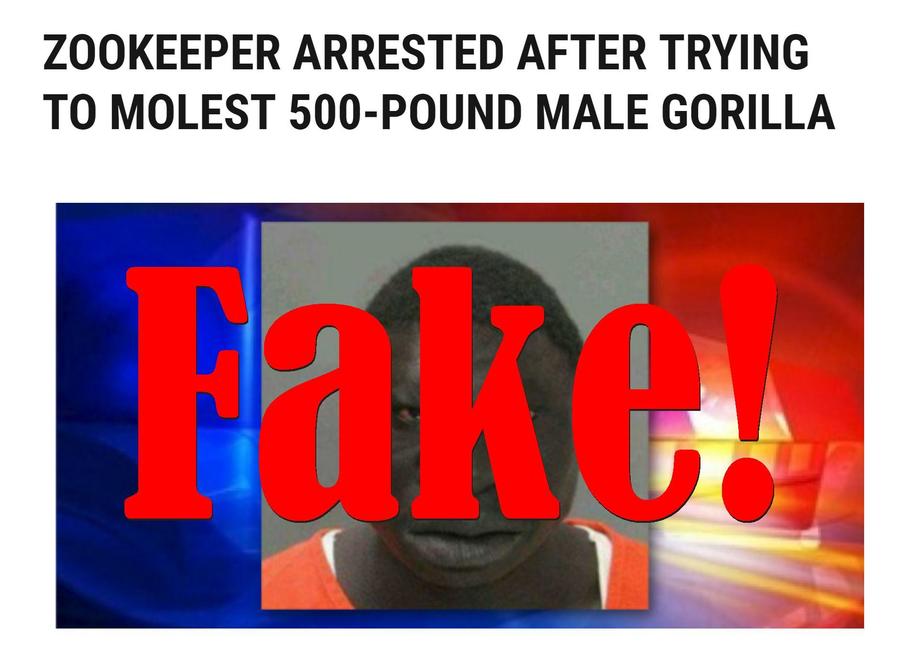 It is run by Janick Murray-Hall and Olivier Legault, who also run the satirical Journal de Mourréal, a satirical site spoofing the (real) Journal de Montréal.

The fact that the story was completely made up did not deter fake news website ActionNews3 from copying the story verbatim with no attribution and omitting the satire disclaimer. ActionNews3 is a site that is part of a network of similar sites all posting false stories hosted on the same IP address (67.227.229.104). Notorious hoax sites in the network seem to include:

Later on the story was also copied by Huzlers (which did credit WNDR) and which carries a satire disclaimer of its own:

According to Splinter News the site is run by Pablo Reyes and David Martinez and according to Buzzfeed Reyes is involved with several other fake news websites.

Huzler's version managed to attract thousands of likes/shares/comments unlike the original or the copy at ActionNews3. But wherever you saw it, rest assured it was fake and did not happen.