Did Ted Nugent really declare bankruptcy after a liberal boycott on Facebook? Nope, that rumor originated on a satirical website set up to troll conservatives and Trump supporters into sharing fake news so they could get mocked for it online. The story is not true and did not happen.

It originated with an article published on April 3, 2018 on the Potatriot Post titled "UPDATE: Ted Nugent Declares Bankruptcy After Boycott" (archived here) which opened:

A few days ago, liberals on Facebook announced that they would be boycotting Ted Nugent. Being conservatives and watching how our own boycotts destroyed Nordstrom, the NFL and the Broadway show Hamilton, we responded with a massive show of support by sharing the meme you see above more than 150K times.

Unfortunately, it wasn't enough. Art Tubolls, Ted's bankruptcy attorney, told us in an email that the boycott just cut too deeply:

"Mr. Nugent faced financial ruin the likes of which you wouldn't wish on your worst enemy. 13 of the 15 albums he sold were returned by their owners and the guy who still had his autograph on his knock-off Strat decided to burn it and take the $40 loss."

The meme referenced in the post was this image: 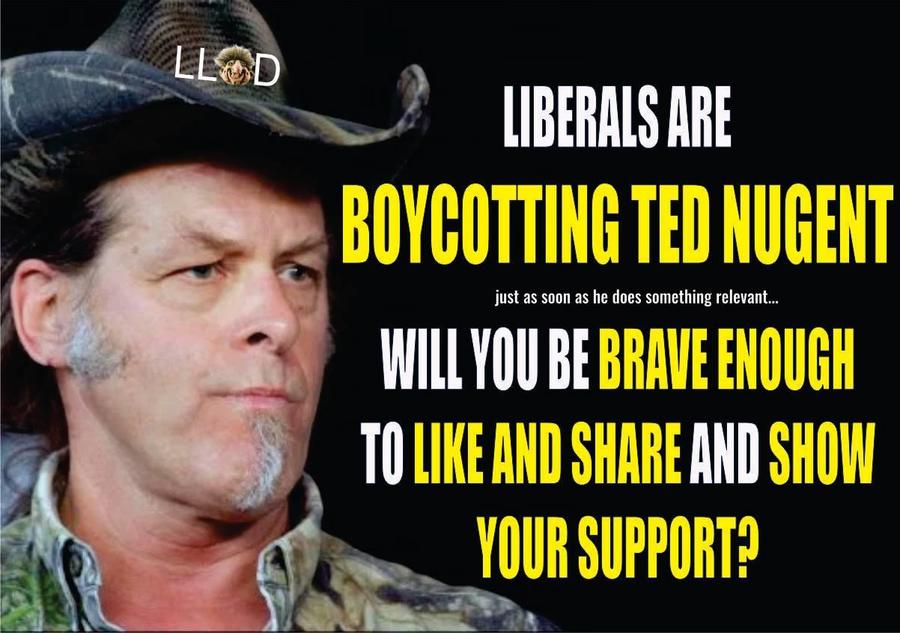 As you can see, the image implied in the small print there wasn't even a liberal boycott because Nugent supposedly hasn't done anything "relevant" yet. Also note the "LLOD" marking on the hat, which contains the avatar of "Busta Troll", the owner of the network of sites and the Facebook page that originally posted the image.

The Potatriot Post comes with a clear satire disclaimer at the bottom of each article:

We wrote about potatriotpost.com before, here are our most recent articles that mention the site: