Is there a unit named the "del" that is used to measure pain? And is childbirth equal to 57 del for the mother while the human body can only bear 45? And does the simultaneous breaking of 20 bones equal 57 del too? No, that's not true: there is no such unit of measurement. A unit with a similar name briefly used in the middle of last century (the "dol") only had a scale that went from 1 to 10.

The claim is often made in a viral image, for example in this post (archived here). The text on the image typically reads:

The mathematics don't make sense to begin with: if human bodies can only bear 45 "del" and every birth causes "57" del of pain it would mean mothers are not human. My mom does not agree, and most mothers probably won't subscribe to this view either.

Also, there is no unit of measurement called the "del". The "dol" was briefly used around 1950 by a trio of researchers (James D. Hardy, Harold G. Wolff and Helen Goodell ) to measure pain, you can read a Time story from 1956 about it here. But their scale only went from 1 to 10.

Here's a typical example of the nonsense claim: 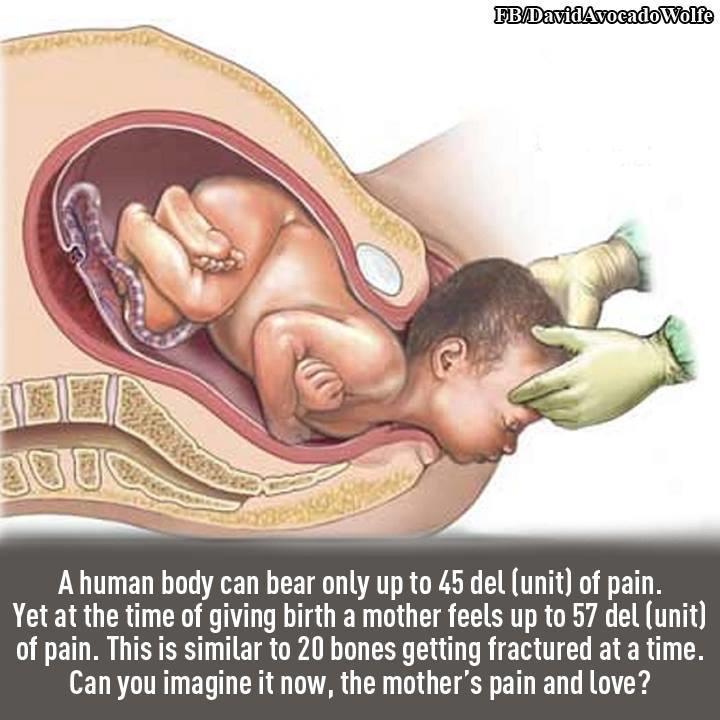 While it is probably being shared and liked so often to honor the pain and love of mothers everywhere, the claim itself is complete nonsense.