Did 183 people get arrested for starting the devastating Australian fires? No, that's not true: This is a misleading claim that took on a life of its own after authorities in the state of New South Wales released figures this week showing it had taken legal action against 183 people related to the fires - 1/4 of whom were cited for allegedly discarding a lighted cigarette or match.

The figures from authorities in New South Wales, the state hardest hit by the devastating fires, can be viewed here. It should be noted that 24 people were charged with the very serious charge of deliberately lighting bushfires, which carries a penalty of up to 21 years in prison, if convicted.

The disinformation campaign, with one example here, ignored this nuance and ran with the larger figure of 183 as ARRESTED for the fires. One popular meme being spread over Facebook and on conservative websites showed an angry looking Greta Thunberg, the young environmental activist, with these words scrawled above her head:

When you blame Australian fires on climate change, and then 183 people get arrested for starting fires.

The post was deleted after we spotted it, but here is the image that social media users saw: 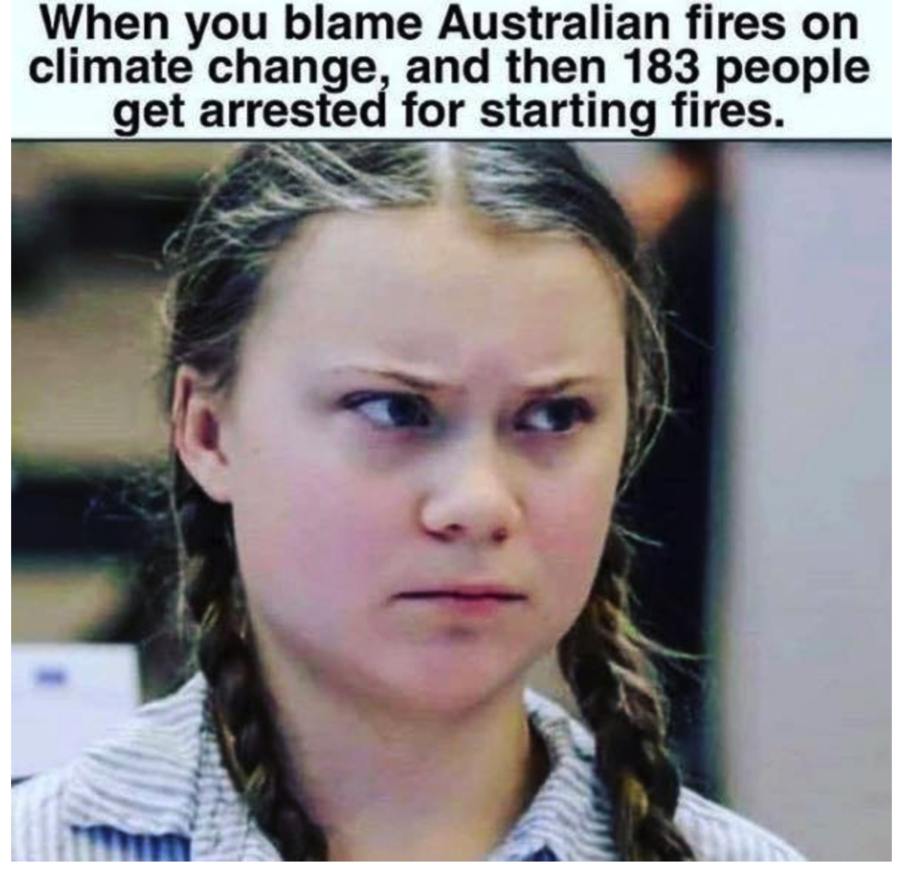 We're labeling this meme as misleading because the figure of 183 was based in some fact -- but not everyone was arrested as the meme states. New South Wales authorities were clear that the legal actions ranged from cautions to criminal charges. There is a big difference between someone accused of deliberately setting a fire - in this case 24 people - and someone who flicks a cigarette and doesn't mash it out. However, both scenarios can still lead to catastrophic brushfires.

Of the 183 people who faced legal action, authorities said 40 were juveniles. Here was a breakdown of some of the alleged offenses:

For a story as emotional as the Australian fires, it's important to stay true to the facts. The fires have devastated New South Wales, leading to the deaths of at least 18 people, destroying thousands of homes, burning nearly 12 million acres and killing millions of animals and livestock, according to authorities.