Was Pope Francis arrested in Vatican City after a supposed blackout and was he indicted for child trafficking and fraud? No, that's not true: there is no evidence for any of this and the claim went viral through a website run by an anonymous person using a fake identity that has published several other arrest hoaxes in the past.

The Italian National Prosecutor's Office confirmed it ordered the arrests, and filed the charges.

Military officers, Italian police, and their Sex Crimes Unit went to the pope's home in the Vatican, they arrested him and several other high ranking officials, and placed them all under arrest without incident. People near the scene have reported hearing gunshots, but the Police would not confirm if they were the ones firing the weapons.

Pope Francis is currently being held in an unknown prison, being interrogated by Federal Agents working for the state of Italy and Interpol. The FBI is reportedly making arrangements to fly in and interrogate him once Interpol is done with him.

Vatican City is an independent state with its own judicial system. The Italian National Prosecutor would not have the power to effect any arrests there, especially not of the Head of State. It is also unclear why the (presumably) American FBI would be involved and (if they were) why there would be no official announcement about it. Arresting the Head of State of an independent nation would be a major diplomatic incident that would send shockwaves through the international community, yet none of this appears to be happening.

Rumors of the arrest were fueled by online reports (archived here) of a "blackout" at the Vatican, based on screenshots of a live stream:

BREAKING ALERT: Following a nation-wide #blackout in Pakistan, there is now a widespread blackout at the Vatican. pic.twitter.com/4QrRQsIRlt

However, as The Catholic Traveler explains in a blog post (archived here), you can clearly see the lights are still on in the video: 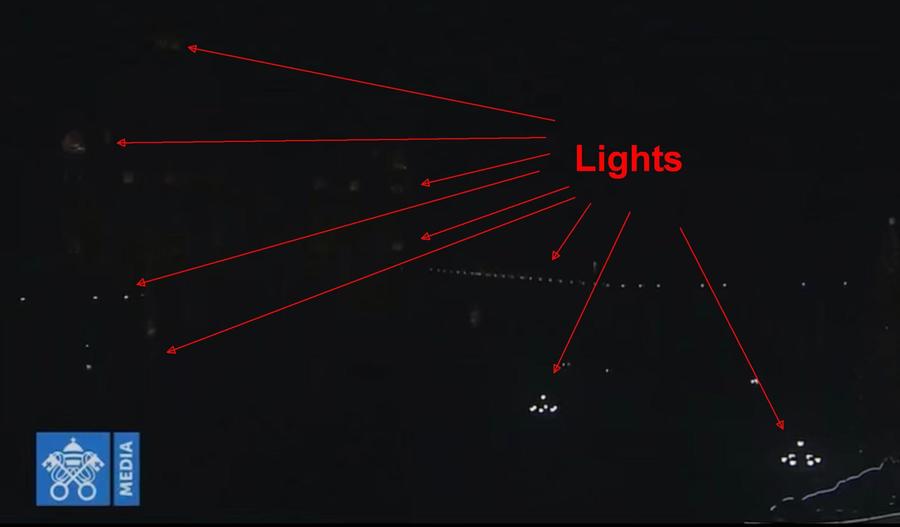 No credible news sources have confirmed the story and Pope Francis was active on Twitter during the time he was said to be in custody:

The Father says to each one of us, as He did to Jesus: "You are my beloved Son". We are God's beloved children. This is our deepest identity. It is the first point of the spiritual life and we are reminded about it by Jesus first public gesture. #BaptismoftheLord

The Vatican has not issued any press releases about their Head of State being kidnapped by a foreign state either, which is something you'd expect a country to do if it actually happened.

The website that published the story (Conservative Beaver) has a history of spreading hoaxes about prominent people being arrested. For example, it falsely claimed former President Obama had been arrested for espionage, and that George Soros was arrested for election interference. It published a similar hoax about Hunter Biden being arrested only last month.

At the time Lead Stories Authenticity Analyst Sarah Thompson looked further into the site and came to following conclusions:

Further analysis of the Conservative Beaver website reveals that it has the same Google AdSense code as another website which quickly earned a reputation for fake news, TorontoToday.net.