Did the United States National Guard recently conduct an operation in the nation's capital that resulted in the discovery of thousands of dead and dying children in tunnels under the city of Washington, D.C.? No, that's not true: This recent resurfacing of the "children in tunnels" myth is a part of the baseless QAnon conspiracy theory that is not supported by any publicly available information, nor credible witnesses. This story has been "laundered," meaning the original publication was erased or put behind a paywall after the story began to circulate. It continues to spread in copied posts and blogs.

The story originated in an article from a website called RealChiefPolice.com. That article is now inaccessible to the public. The copied text of that article appears in a post (archived here) where it was published on February 14, 2021, under the title "REMEMBER THOSE BODY BAGS AT FED EX?" It opened:

This post is very difficult for me to write. It took me some time to confirm the happenings in DC. But it was confirmed. I was sent pictures of some of the tunnels and children in those tunnels. I cannot show those pics. It is too horrific. I am sorry I looked at them.
Everyone has seen the thousands of body bags waiting to be shipped. Now we know why. There were still tunnels and dumbs all around the world that needed to be cleaned up. In the DC tunnels there were thousands of children who were half alive and thousands that were dead. They had their organs harvested. Many were half eaten. I have never seen anything like it.
These tunnels in the dumbs were there since that monster George HW Bush ordered them built. and have been used by every president and congress since then, up until Trump. Epstein who is still in custody informed the military about these. Epstein is continuing to give intel on tunnels around the world. The Military informed Trump in Jan. Trump ordered the operation and moved out of the white house so they could go in and take care of it. That is why so many NG were there.

The word "dumbs" used in this sense represents "Deep Underground Military Bases" or D.U.M.B.s. This grisly story of abused and cannibalized children has been resurfaced several times with the underground facilities and tunnels being located in various places. None of these stories ever was backed up with factual reporting.

The article alleges that Jeffery Epstein is alive and in military custody and sharing intel about more tunnels. This is not true. Jeffrey Epstein was found dead in a New York City jail cell on August 10, 2019, while he was awaiting trial on federal charges of sex trafficking. The medical examiner's autopsy report ruled his death a suicide. Epstein's body was claimed from the medical examiner's office by his brother.

The photo of the tunnel that accompanied the article has been circulating on the internet for many years. Lead Stories was not able to identify the location of the tunnel pictured in the original photo. It has appeared in many "haunted asylum" blogs. One Spanish-language conspiracy blog had included the tunnel in a montage dating back to March 19, 2017, used to illustrate an article (archived here) about the baseless conspiracy "Pizzagate." The Pizzagate conspiracy theory could have come to an end when an armed 29-year-old man, Edgar Maddison Welch, stormed into a D.C. pizzeria on December 4, 2016, where he believed children were being sexually abused and tortured. Welch turned himself over to the police when he was able to see for himself that this was not the case. The conspiracy did not end with the arrest of Welch. This "Conspiraciones y Noticias Actuales" was still pushing that narrative months later. The gruesome myth of children tortured underground in tunnels has resurfaced again and again with no factual evidence ever provided. 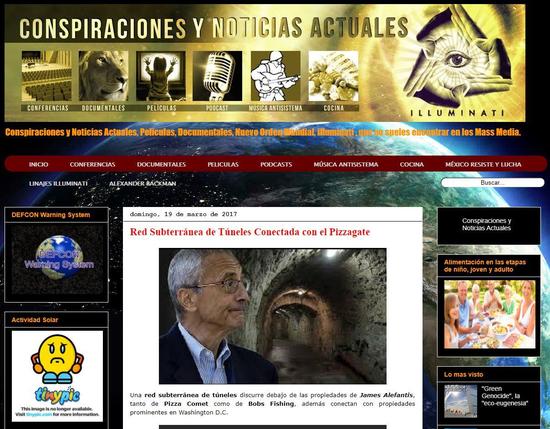 Some of the posts copying the text of the RealChiefPolice.com article or playing on the theme of satanic rituals under D.C. have photos of the Capitol building showing a large earthwork construction site. This is a real photo from 2003 when there was a tunnel construction project at the U.S. Capitol building. This photo appears in an informative 'The Warzone' article from theDrive.com. The article features many photos of a variety of different Capitol Hill tunnels and explains their use. The website washingtontunnels.com is still growing but has additional maps and photos. 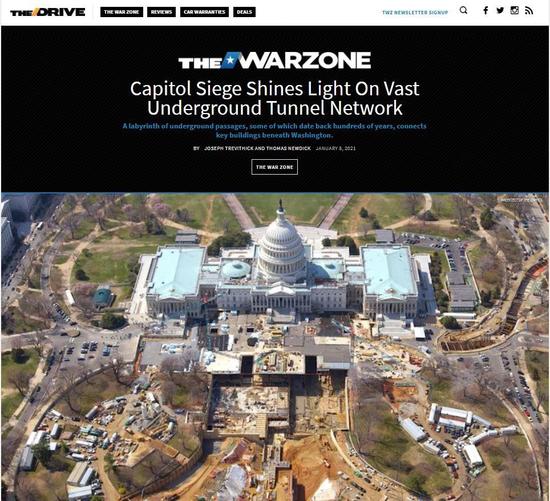 @RealChiefPolice was a Twitter account that spread QAnon conspiracies. The person behind the account used a Patreon subscription system to provide content to a members-only audience. In the summer of 2020 that subscription gave access to other conspiracies and health disinformation, and long lists of notable people who had been extrajudicially "arrested and executed." This was part of a purported sweeping cull of "deep state" bad guys conducted by former President Donald Trump. The @RealChiefPolice and @chiefpolice2 accounts are now suspended from Twitter and the associated Patreon account was also closed in October of 2020 when Patreon Updated its policies: 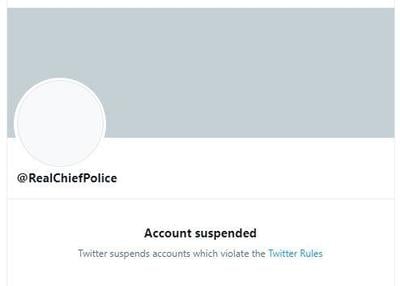 The original February 14, 2021, link to the "D.C. Tunnels" article now returns a "404 Page not found" error notice, The article is archived here. The RealChiefPolice.com website front page (archived here) is dedicated to subscriptions and offers discounts for referrals of new subscribers. The website requires a log-in and password to access.

Lead Stories has written about several of these topics in the past.

Here is an article that revisited the false claim that Pizzagate is real, and an article that addresses the fake lists of notable people purportedly "arrested and executed," and this article addresses rumors that Jeffrey Epstein is alive.

On May 8, 2020, Lead Stories addressed the claim that 35,000 children had been rescued from tunnels by the U.S. Military. The Pentagon confirmed at the time that they were not aware of any "underground child abduction ring" and that the agency that had purportedly overseen the rescue, the "Pentagon Pedophile Task Force" is not a real entity. Another article addressed similar false claims about thousands of children being pulled from tunnels in New York, which surfaced at the time when the hospital ships Mercy and Comfort were in New York to help with the coronavirus emergency, and another false conspiracy spun off a video of field hospital tents set up in New York City. Lead Stories has also written about the recycled adrenochrome myth, that children are tortured to extract a substance (inexpensively available from chemical suppliers) for satanic rituals, and the baseless rumor that 2 million women and children were kept in tunnels under the Getty Museum.