Did a man enjoy some time at the beach back in 2013 knowing that the coronavirus pandemic would be coming in seven years and did he post about it in a status update on his Facebook timeline? No, that's not true: When this photo was first shared on Facebook it had no caption. The September 5, 2013, post was edited on January 21, 2021, to add a caption that pretended to foretell the future.

A screenshot of the edited post, translated to English, was posted to Facebook by "Dank Memes Melt Steel Beams" on August 5, 2021. The text in the screenshot reads:

Sep 6, 2013
Enjoying the beach because in 7 years the virus comes
Rate this translation

The original post of the beach photo had no caption. When the post was edited on January 21, 2021, a caption in Spanish was added, it said:

When a post is edited, there is a record of what it said previously. The menu to find the post's edit history is in the upper right-hand corner of the post. The three dots there are called a "meatballs menu" when horizontal (when vertical they're called a kebab menu). "View edit history" will show the dates it was created and that of any changes to the post. 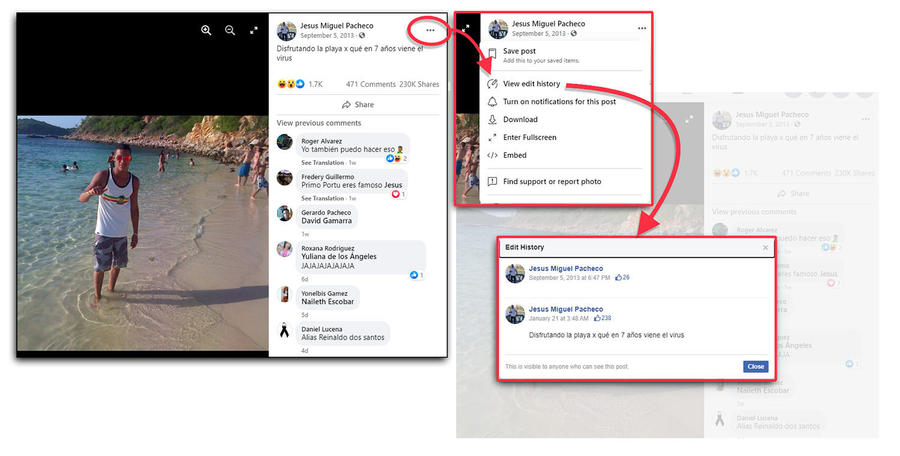