Was Chelsea Clinton hanged at GITMO recently? No, that's not true: This event did not happen. Chelsea Clinton was seen completing the New York Marathon on November 7, 2021. Real Raw News -- the source of the bogus hanging claim -- has a history of creating fictional stories about public figures. There is a disclaimer on their website stating, "This website contains humor, parody, and satire. We have included this disclaimer for our protection, on the advice of legal counsel."

The claim originated from an article published by Real Raw News on November 8, 2021 titled "Chelsea Clinton Hanged at GITMO" (archived here) which opened:

The false bravado Chelsea Clinton displayed at the conclusion of her military tribunal quickly evaporated when she learned the Office of Military Commissions intended to hang her, as it had her mother, for crimes committed against the nation and children of the world. 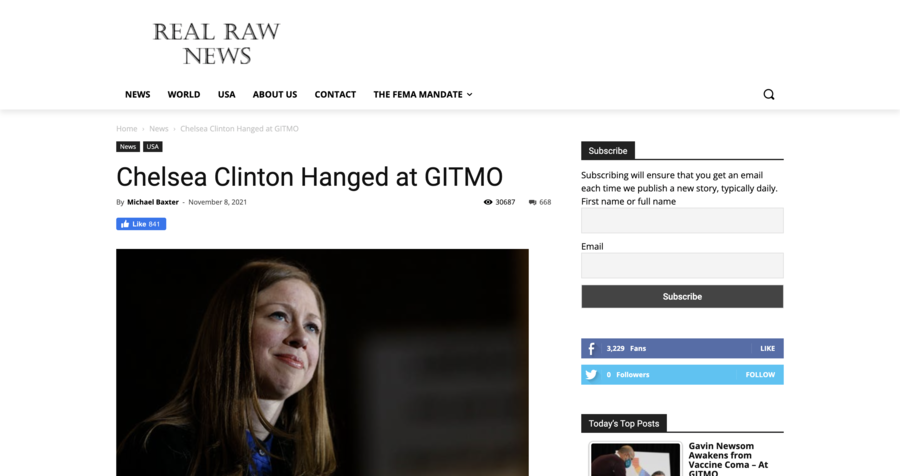 People Magazine wrote an article on November 9, 2021, about Chelsea Clinton completing the New York Marathon on Sunday, November 7, 2021, a feat impossible to carry off when in the death row holding cell.

Lead Stories contacted the Pentagon, The Clinton Foundation, and the onsite GITMO reporter for the New York Times, Carol Rosenberg about the Real Raw News claim. We will update this story if we receive responses.