Does a picture grid showing more than a dozen famous people, all of them with what seem to be black eyes, prove they got them from the COVID-19 vaccine? No, that's not true: All the images shown in the social media post were taken before December 2020, when the shots first became available.

The claim appeared on Instagram on November 28, 2022, under the title "THE BLACK EYE CLUB Who is punching them?" The post's caption read:

Vril parasite injected into the eye to body snatch its host. And that's what the current shots are to do. The nanotechnology delivers the vril parasite to the eye . Where with celebs they hold them down and inject it. For some people it can take more then one shot and I do believe God has a plan for unique situations and if you belong to him not Satan 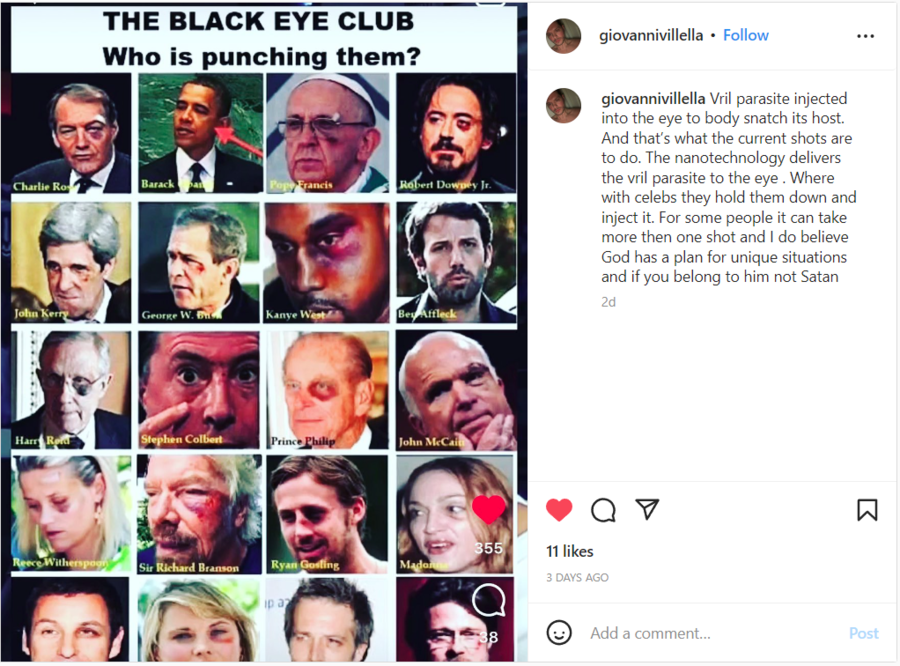 This Instagram post represents a confluence of myths. One of them is "The Black Eye Club." It's a conspiracy theory suggesting that celebrities seen sporting a black left eye are part of the Illuminati. The Illuminati is a historic organization that conspiracy theorists believe still has worldwide control over celebrities, world leaders and current events. Some versions of the story suggest the black eyes are part of an initiation into the group or part of physical punishment to keep them in line.

The description of the post lays out another myth. It suggests COVID vaccines contain a Vril parasite and nanotechnology used to supplant the will of the person receiving it -- in this case, the people pictured in the post. The Vril reference originated in the 1800s when Edward Bulwer-Lytton published his early science fiction novel "Vril: The Power of the Coming Race." This is part of the book's description on Amazon:

A legendary book, which was the starting point for the genre of science fiction, Theosophy, the New Age, The Force, and modern day conspiracy theories. It's tale of a subterranean Master Race, able to control a mysterious energy force, called the Vril. It inspired the Vril Society in Germany and beyond, and was believe by many to be very thinly disguised reality.

A New York magazine article from 2013 explains how the tale has worked its way into pockets of modern culture:

[M]ore recent American writers have incorporated the theory into the right-wing, New World Order mainstream of conspiracy thought. In short: the Nazis and/or aliens are already here.

This particular social media post claims a Vril parasite is directly injected into the eye, injuring the person receiving it and causing their black eye.

Additional Lead Stories fact checks related to nanotechnology and people being controlled by it can be found here.

There's another problem with the claim in the Instagram post: All the pictures of the famous folks shown with black eyes predate the release of COVID vaccines in December 2020. All the pictures were taken between 2002 and 2017, according to research by Lead Stories. So, even for those who believe there are Vril parasites in the shots, none of the photos fit the timeline of being snapped after the coronavirus shots became available. 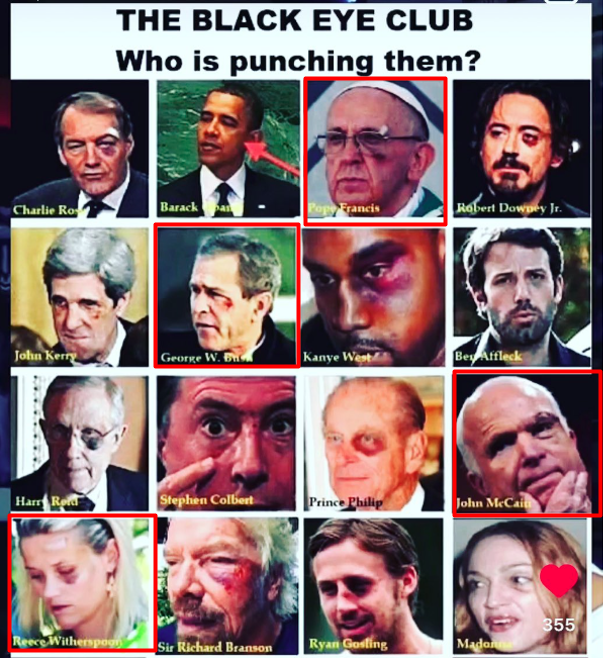 These 2017 pictures show the aftermath of Pope Francis hitting his head on the Popemobile. It left him with a bruise on his left eye and a cut. While neither photo is exactly the same as the one in the picture grid, they do appear to have been taken at the same time and have the same background:

The then-president got his shiner when he passed out while choking on a pretzel at the White House in January 2002, administration officials said at the time. After falling off the couch, he awoke with a bruise on his left cheek and swollen lower lip, the New York Daily News reported. 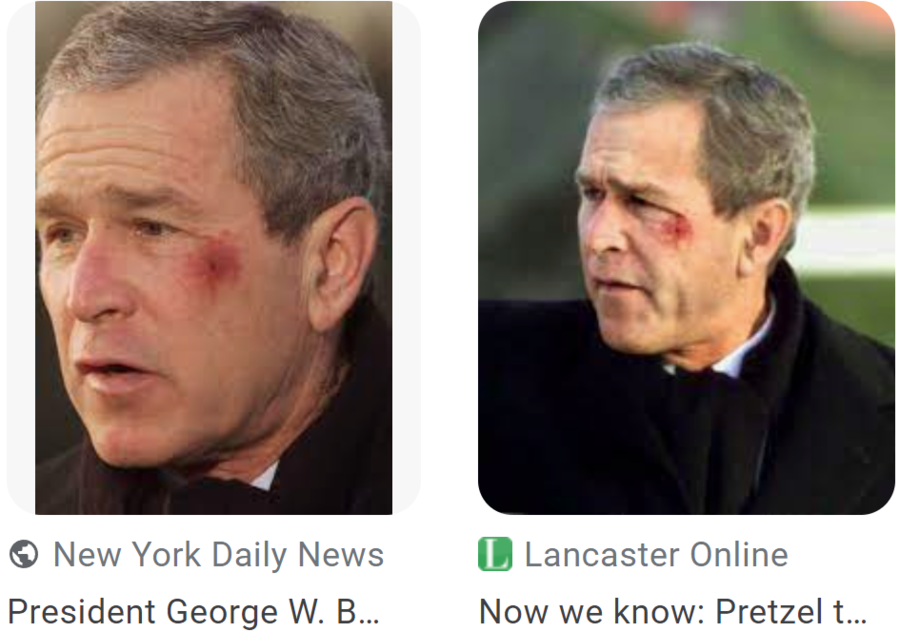 The then-Arizona senator's "black eye" is not a black eye at all. In July 2017, he had surgery to remove a blood clot from above his eye, USA Today reported. McCain died about a year later from brain cancer, which also means he was dead more than two years before COVID vaccines were available.

The Academy Award-winning actress got her black eye in September 2011 after she was hit by a car while jogging. "Officers responded to a call placed at 11:14 a.m. regarding a traffic collision involving a vehicle and a female pedestrian, according to the Santa Monica Police Department," E! News reported. The pictures were taken about a week later. 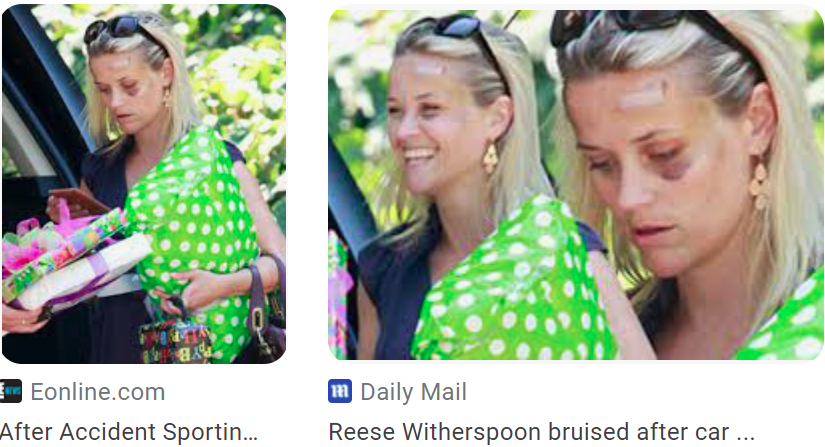