Is there no law requiring American citizens to file an annual 1040 income tax return or to pay income tax on their labor? No, that's not true: The U.S. Constitution's 16th Amendment, ratified in 1913, authorizes Congress to collect income tax. By law, the Internal Revenue Service can exact penalties for failing to file a 1040 form.

The claim appeared in a TikTok video reposted on Instagram on December 1, 2022. Shortly after the beginning of the video, the narrator states:

I was surprised to hear these highly trained and decorated IRS agents telling me there was no law requiring American citizens to file a 1040 or to pay an income tax on their labor. 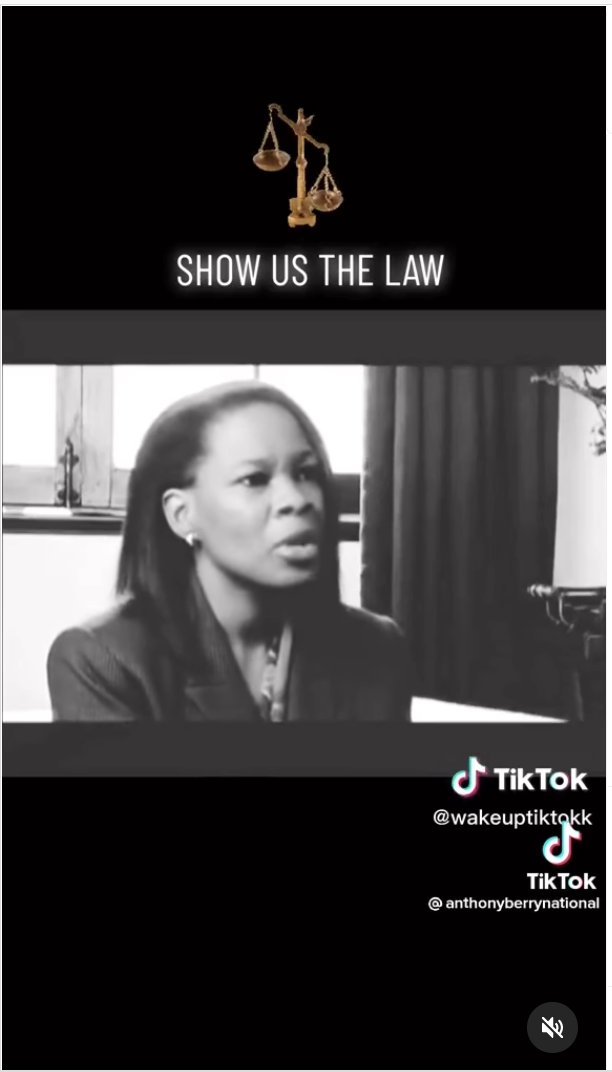 The video appears to be a clip taken from the 2006 movie America: Freedom to Fascism by the late Oscar and Emmy-winning producer-director-actor Aaron Russo. In the film, Russo claims there is no law that requires Americans to pay taxes. The video matches footage from the movie, accessible on YouTube, that begins at 10:31.

The video's narrator makes the false claim that there is no law that American citizens are required to file a 1040 form or to pay income tax.

The Congress shall have power to lay and collect taxes on incomes, from whatever source derived, without apportionment among the several States, and without regard to any census or enumeration.

Congress' power "to lay and collect taxes" was established by Article 1, Section 8 of the Constitution, ratified in 1788.

An Internal Revenue Service (IRS) explainer of how the agency enforces U.S. tax laws,
"Why Do I Have to Pay Taxes?", notes that Congress delegated the "responsibility of administering the tax laws" to the IRS.

Here is a screenshot from the IRS website with the explanation about how the agency enforces U.S. tax laws: 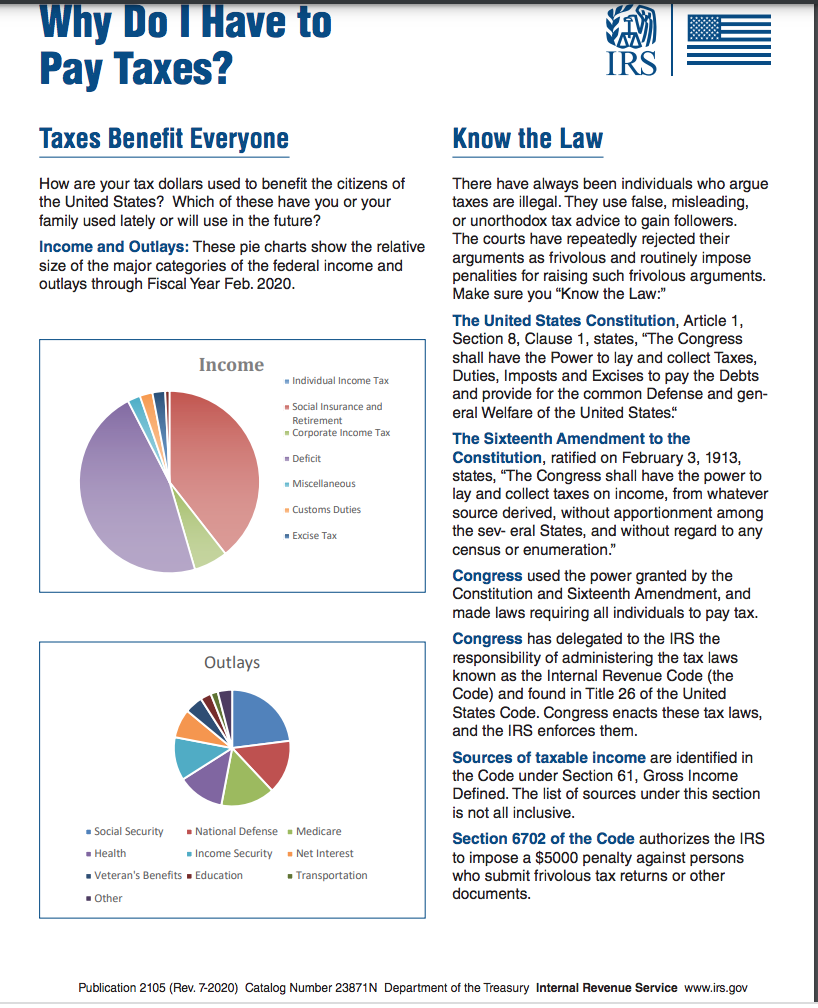 Page two of the document is titled, "Don't Fall For These Arguments." One section addresses the misconception that paying taxes is voluntary:

Internal Revenue Code Myths: The filing and paying of tax is voluntary, or the Code doesn't apply to me because I am neither a government employee nor a resident of a sovereign state.

Truth: The term voluntary compliance means that each of us is responsible for filing a tax return when required and for determining and paying the correct amount of tax. The tax law is found in Title 26 of the United States Code. Section 6012 of the Code makes clear that only individuals whose income falls below a specified level do not have to file returns. While our tax system is based on selfassessment and reporting, compliance with tax laws is mandatory. State citizenship does not negate the applicability of the Code on individuals working and residing in the United States.

In a website section titled "The Truth About Frivolous Tax Arguments," the IRS debunks several different allegations that, for various reasons, U.S. citizens do not need to pay income taxes or are not required to file a federal tax return.

The website's "Failure To File Penalty" section details the financial consequences for those who do not file a 1040 return on time. The legal basis for these penalties can be found in 26 U.S. Code, Section 6651.

As a warning, "The Truth About Frivolous Tax Arguments" closes with a quote from a 1991 court case over tax evasion:

Like moths to a flame, some people find themselves irresistibly drawn to the tax protester movement's illusory claim that there is no legal requirement to pay federal income tax. And, like moths, these people sometimes get burned.