The notoriously satirical fake news website The Last Line of Defense was quick to react to current events with an article titled "BREAKING: President Trump Offers Bill O'Reilly A Job" posted just hours after the talkshow host won't be returning to Fox News after allegations of sexual misconduct. The false article opened:

Following the firing of Bill O'Reilly because spineless Fox won't stand behind their employees if it will cost them money, President Trump has stepped up and offered him a job in the White House Media Office. The exact nature of the job is still unknown but according to the office's director, O'Reilly is a well-known and well-respected face in American media who has a bright future in government.

The story is completely made up and has no basis in truth at all. 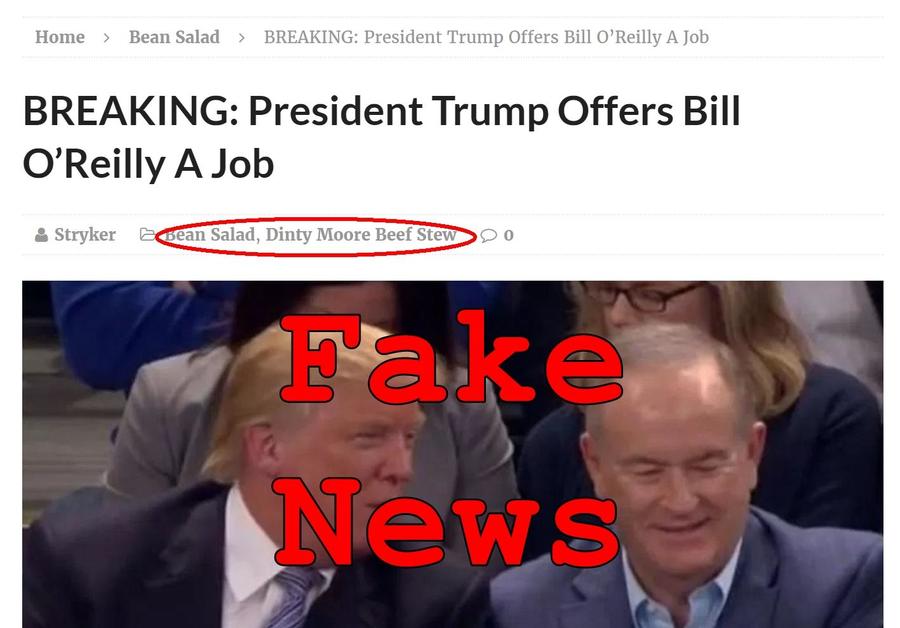 We expect the story to start turning up on these sites shortly. As you can see in the Trendolizer graph at the end of this article the satirical version is already making its way around on social media. If you notice anyone spreading it around you can help by pointing them to this article here because nobody likes being fooled fake news.