Facebook has blocked the sharing of links from the infamous satirical fake news website "The Resistance: The Last Line Of Defense" as of a few hours ago. Lead Stories has confirmed the block is real by trying to post a link to one of their recent hoaxes about the Seattle Seahawks potentially being banned from the NFL (which we debunked here).

The site has already circumvented the ban by registering the domain name nunadisbereel.com and redirecting all visitors to it. Sharing links from this new address works without any problems: 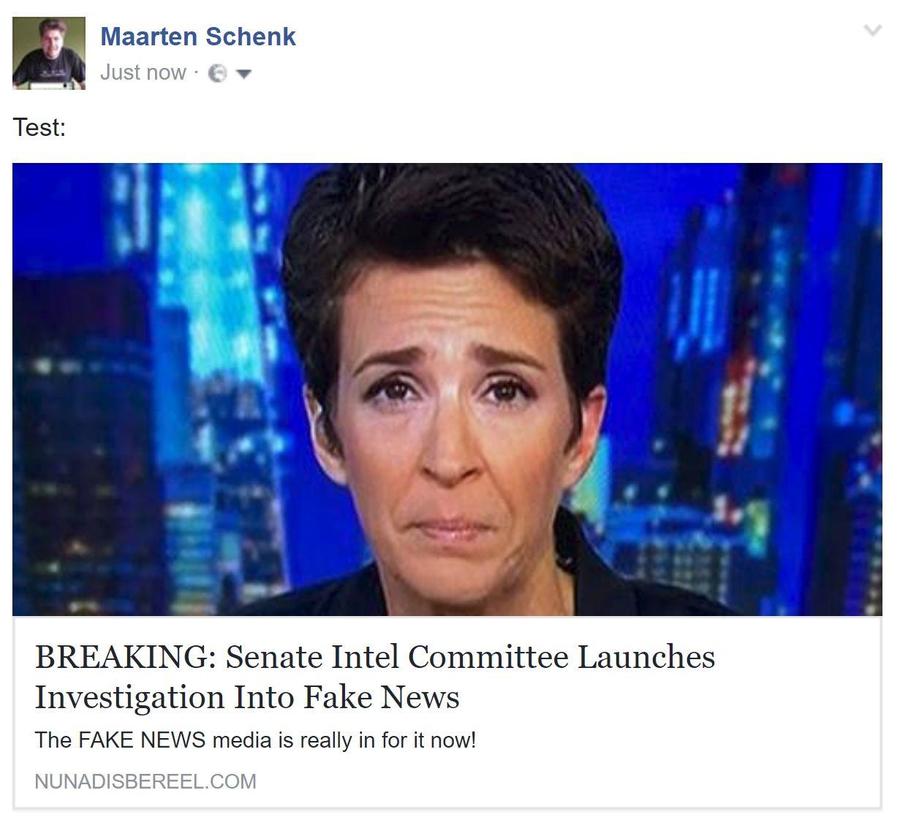 For those of our readers less familiar with American English subdialects: "nunadisbereel" can be read as "nun a dis be reel" which translates to "none of this is real" in the Queen's English.

So far it looks like the block caused the site about $11.99 in costs (to register a new domain name with GoDaddy) and a few hours of reduced traffic.

It is unclear at this point which parts of the Facebook community standards the site broke. One writer for the site we contacted said they hadn't received any notification from Facebook about the blocking so far.

Some of the more controversial stories pushed by the site include:

At least a few of these might qualify for the "Bullying or Harrasment" or "Attacks on Public Figures" sections of the community standards. But that is just speculation on our end.

The Resistance: The Last Line of Defense does carry a satire disclaimer at the bottom of the page which reads:

The owner and main writer of the site is self-professed liberal troll Christopher Blair, a man from Maine who has made it his full time job to troll gullible conservatives and Trump supporters into liking and sharing his articles. He runs several other websites such as asamericanasapplepie.org, ourlandofthefree.com and freedumjunkshun.com. Sometimes he is also known under his nickname "Busta Troll". He has at least one accomplice who writes under the pen name "Freedom" and who describes himself "as a patriot from Arizona who is sick and tired of the Left's socialist agenda for America" on the site.

We have reached out to Facebook's press contact email address and we will update this post if we receive a reply from them.