Morgan Freeman passed away in his Charleston, Mississippi home early this morning, according to his representatives. An investigation is underway, however the coroner stated his death was likely of 'natural causes.'

The rest of the article is just copy-pasted from Morgan Freeman's Wikipedia entry:

Morgan Freeman, an American actor, producer and narrator, was born on June 1, 1937. Freeman won an Academy Award in 2005 for Best Supporting Actor with Million Dollar Baby (2004), and he received Oscar nominations for his performances in Street Smart (1987), Driving Miss Daisy (1989), The Shawshank Redemption (1994) and Invictus (2009). He also won a Golden Globe Award and a Screen Actors Guild Award.

No mention of Freeman's death has appeared on any reputable news websites or on his official Facebook page. 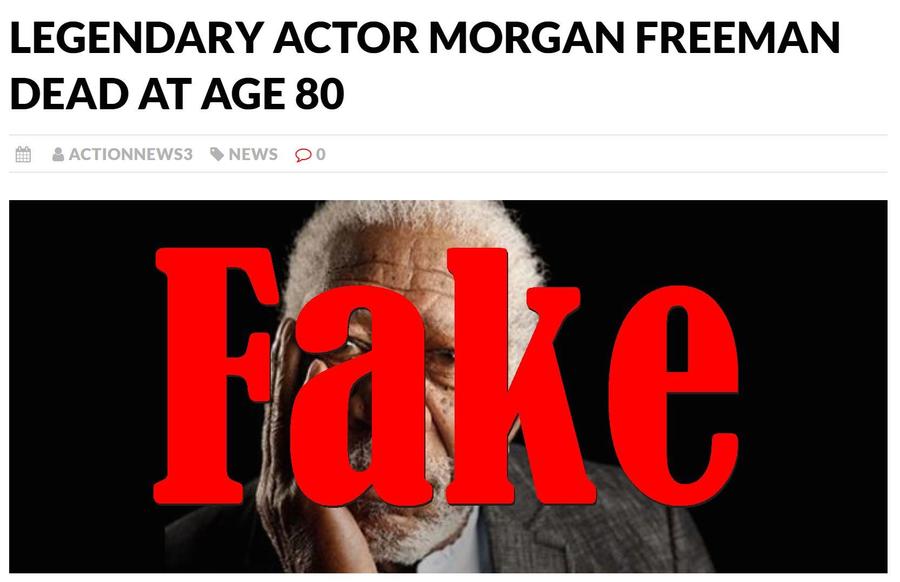 ActionNews3 is a fake news website that is part of a network of similar sites posting false stories all hosted on the same IP address (67.227.229.104). Notorious hoax sites in the network seem to include:

We've written about other hoaxes published on this site before so we wouldn't trust this article either given its reputation. Beware of fake news and celebrity death hoaxes, always check the source before sharing...