The NFL may be coddling black athletes who are protesting our police force, our flag, and our veterans by kneeling, but the National Hockey League refuses to do the same.

On Sunday, J.T. Brown of the Tampa Bay Lightning jumped on the "hate our troops" bandwagon and made a "black power" fist - a gesture assembled with black supremacist groups - during the National Anthem.

This part is more or less true as ESPN reports. J.T. Brown did indeed raise a fist during the playing of the national anthem and reported he got death threats for it.

However, what came next in the article is totally made up:

Unfortunately, the owner of the team disagrees. Burt Lancaster announced a few hours later that the team will be seeking a new forward to replace Brown.

The current owner of the Tampa Bay Lightning is Jeffrey Vinik and not Burt Lancaster (who was an actor before he died back in 1994). 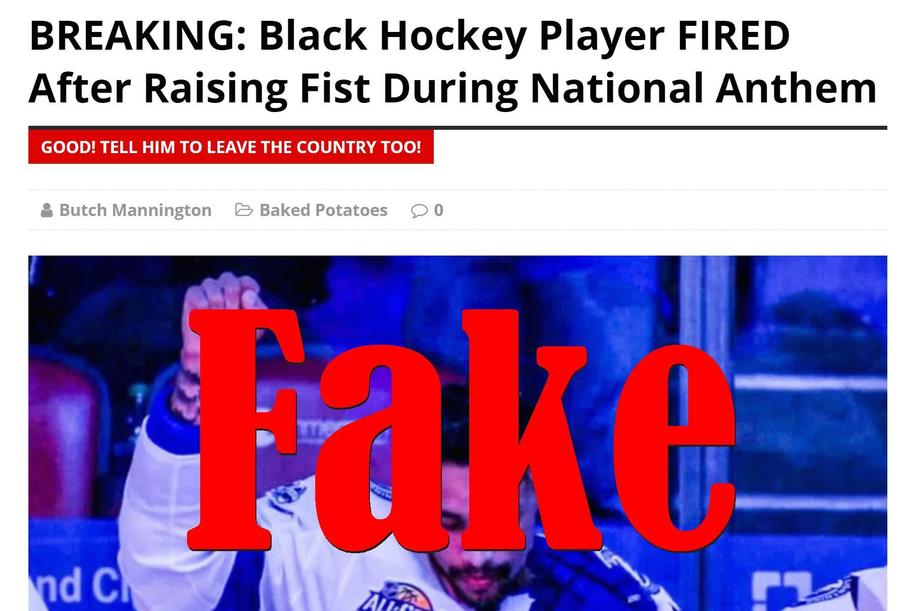 The Tampa Bay Lightning issued a statement (again according to ESPN) which read:

"The Tampa Bay Lightning celebrate the moment before every game when we can unite as a community, paying homage to a flag that is representative of our nation and those who have sacrificed. At the same time, we respect our players and individual choices they may make on social and political issues."