An article titled "President Trump Just Made Trey Gowdy The Most Powerful Man On Capitol Hill" was published by satirical fake news website The Resistance: The Last Line of Defense and was picked up by several hyperpartisan and straight up fake news sites. The story opened:

For five years, Trey Gowdy asked the Oval Office for the tools necessary to do his job properly, and for five years he was told "no" by the Obama administration.

One of the most difficult parts of Trey Gowdy's job as congressional inquisitor is security clearance. When investigating people who held titles like "Secretary of State" and "Special Aide to the President" or even "President," Gowdy runs into the issue of security clearance all the time.

"It's a matter of national security" has become a term Mr. Gowdy hears far too often. It is the single-best excuse Hillary Clinton and her lawyers have been able to come up with when they don't have an actual answer to his questions.

President Trump has just removed that blockade. By executive order, Trey Gowdy has been given the highest security clearance possible. He could now sit in on presidential intel briefings if he felt he needed to.

There is no such a job as "congressional inquisitor" and even if it was simply meant as a figure of speech the rest of the story is completely made up. Gowdy did not get the highest security clearance by executive order, you can check for yourself in the full list of President Trump's excutive orders here. His last one was dated October 24th 2017 and was titled "Resuming the United States Refugee Admissions Program with Enhanced Vetting Capabilities". 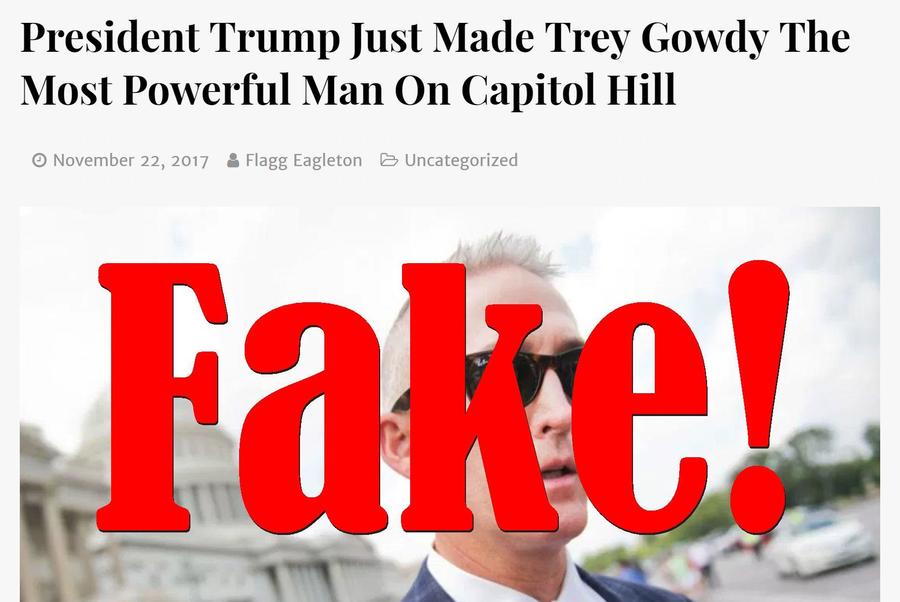 But the most obvious reason why the story is not true can be found at the bottom of the page:

The Last Line of Defense is part of a larger network of sites all owned and operated by Christopher Blair, a self-professed liberal troll from Maine who has made it his full time job to troll gullible conservatives and Trump supporters into liking and sharing his articles. He has put out several Hillary Clinton death hoaxes in the past going so far as to publish one every Saturday for months at a time.

Sometimes he is also known under his nickname "Busta Troll" but many pen names are used on his websites, such as "Flagg Eagleton", "Freedom", "Captain Jellypants", "Butch Mannington" or "Captain Buck Atlantis". His network of sites currently consists of:

Articles from Blair's sites frequently get copied by "real" fake news sites who often omit the satire disclaimers and any other hints the stories are fake. Blair has tried to get these sites shut down in the past but new ones keep cropping up. There are also several Youtube channels out there that automatically generate videos based on the articles. Here is an example:

If you are unsure if a story you see is true and you Google the title before sharing it (good on you): if you see any of the above sites pop up in the search results you know you've found a fake news story.