Fans of the cult classic British sci-fi show Blake's 7 briefly got their hopes up from this article at The Studio Exec titled "BENEDICT CUMBERBATCH TO DIRECT TOM HARDY IN BLAKE'S 7 MOVIE". It opened:

"Of course I was a bit young for Blake's 7 when it was first shown (1978-1981), but my uncle had them all on video cassette because he worked for the BBC and I got hooked. For me it was a little bit more sci-fi than Doctor Who, which I also loved. Blake's 7 was just something else though." 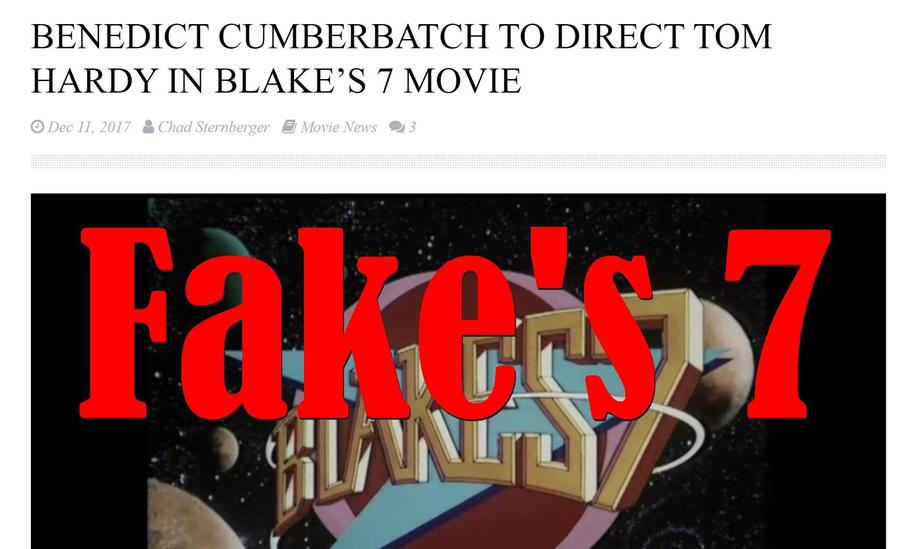 Unfortunately for the fans the story is entirely fictional. There are no plans for a Blake's 7 movie and Benedict Cumberbatch is not involved with any such project. How do we know? Because The Studio Exec has following disclaimer on its about page:

However not all is lost for Blake's 7 fans who also like Benedict Cumberbatch. He has voiced several parts in audiobooks related to the show's characters, you can find one example here.