KNOXVILLE - After alleged bullying victim Keaton Jones received nearly $60k via GoFundMe donations over the weekend, it is being reported that upon returning back to school monday, he was beat and robbed for his possessions, which include a Rolex watch, Gucci belt, pair of Jordan sneakers, and a hoverboard, all which he allegedly purchased with his donation money. According to faculty, Keaton entered the school and rode his hoverboard through the hallways. 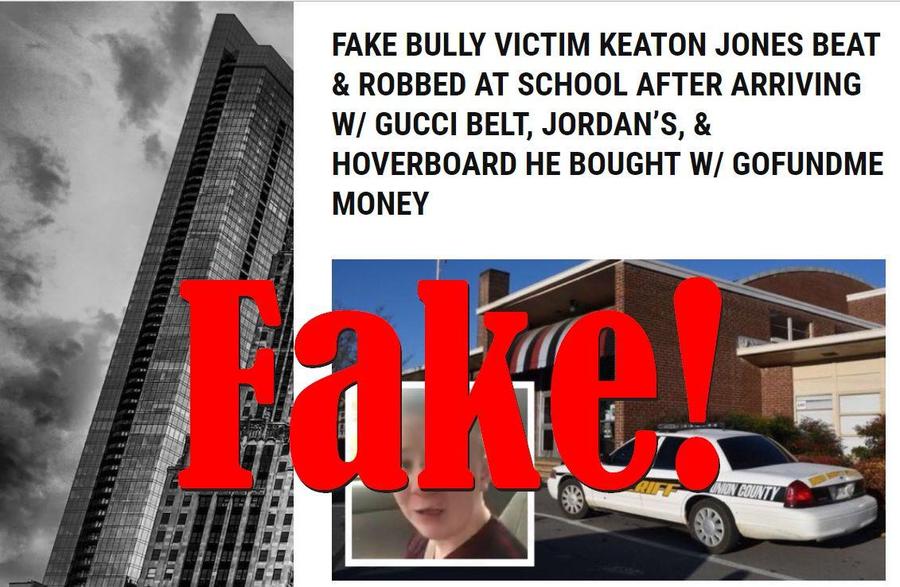 Here is the video that got it all started:

After the initial support there was also a backlash after several of Jones' family members were seen to be posing with confederate flags on Facebook. You can read more about that controversy here. But the part about being beaten up at school after arriving with all his luxury goods supposedly bought with the donations is absolutely false: for one thing the GoFundMe page was frozen after the controversy erupted so the money hasn't actually gotten to him yet (if it ever does).

And on top of that Huzlers styles itself as a "fauxtire" website and carries a disclaimer at the bottom of each page:

So don't believe this fake story and don't spread it. A little boy is being victimized and bullied by random people on the internet. No matter what you think of his family, that's just wrong.