NEW YORK CITY - A New York man has been arrested after he reportedly made over a million dollars selling Chuck E. Cheese tokens as Bitcoins on the streets.

Marlon Jensen, 36, was arrested a Sunday morning when NYPD stormed his home. NYPD received calls from the fraud victims that someone had sold them "Bitcoins", only to find out there actually was no tangible bitcoin currency available. NYPD found $1.1 Million of cash inside Marlons home. According to police, Marlon had scratched off most of the Chuck E. Cheese engravements on the coins, and would write "B" on each coin with permanent marker.

There is no "Marlon Jensen" and the entire story is made up. The image in the story seems to be Charles Edward Cunningham who was arrested in 2015 for parole violation according to jail.com. 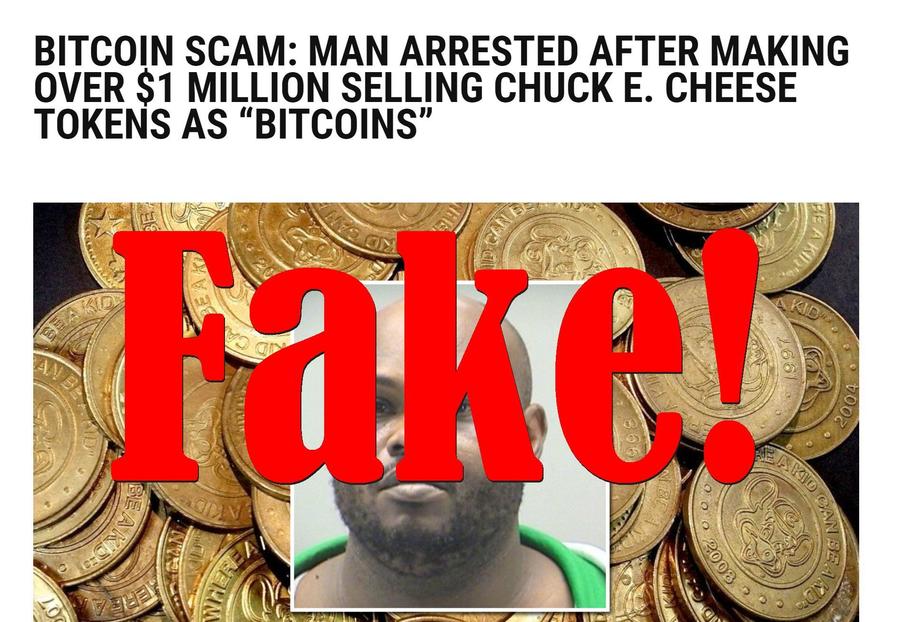