UPDATE: Iran announced on January 7, 2020, that the country had attacked bases in Iraq where U.S. forces are stationed. This attack did not occur on January 3, 2020, as claimed in the fake story below. Iran said the attack was in retaliation for the killing by the U.S. of Maj. Gen. Qassem Soleimani, a top Revolutionary Guards commander.

Did Iranian ballistic missiles hit the largest U.S. military base in Iraq? No, that's not true: there was no strike on the U.S. and Iraqi airbase recently, and the images show the aftermath of explosions in different nations in past years. The supposed attack on January 3, 2020, never happened.

The tweets come less than a day after President Trump ordered the assassination of Maj. Gen. Qassem Soleimani, the head of the Iranian Quds Force. Iran vowed "forceful revenge" in retaliation for the airstrike.

The account originated on the Iranian news Mizan, citing Iranian Revolutionary Guard Corps chats on the encrypted messaging apps Telegram, according to tweets from Sina Toossi, an analyst from the National Iranian American Council.

Five rockets did land on the base in early December 2019, according to an Iraqi military statement reported by Reuters. But there is no evidence that they were "ballistic missiles," as is stated in the tweet, and there were no casualties as a result of the December incident.

In the first of a series of tweets posted at 1:17 p.m. Friday, January 3, 2020, Toossi erroneously claimed that the account began in the outlet Mehr:

Later he corrected himself, tweeting:

The report evidently originated from the Iranian Mizan outlet, connected with the judiciary. And then spread to other outelts. All citing an "unofficial" Iraqi source. Here's hoping it's fake news.

But at 2:10 p.m., Fassihi said the reports of the attack were false:

Update: These reports of attacks on US base are not true according to Iraqi military officials. https://t.co/TBV26xxLcf

I just called the Iraqi army 7th division commander who is based there, he completely denied it

But before Fassihi could post the correction, a Twitter user under the name Syed Shahbaz copied and pasted the original tweet without the attribution and added a collage of three images, pictured here: 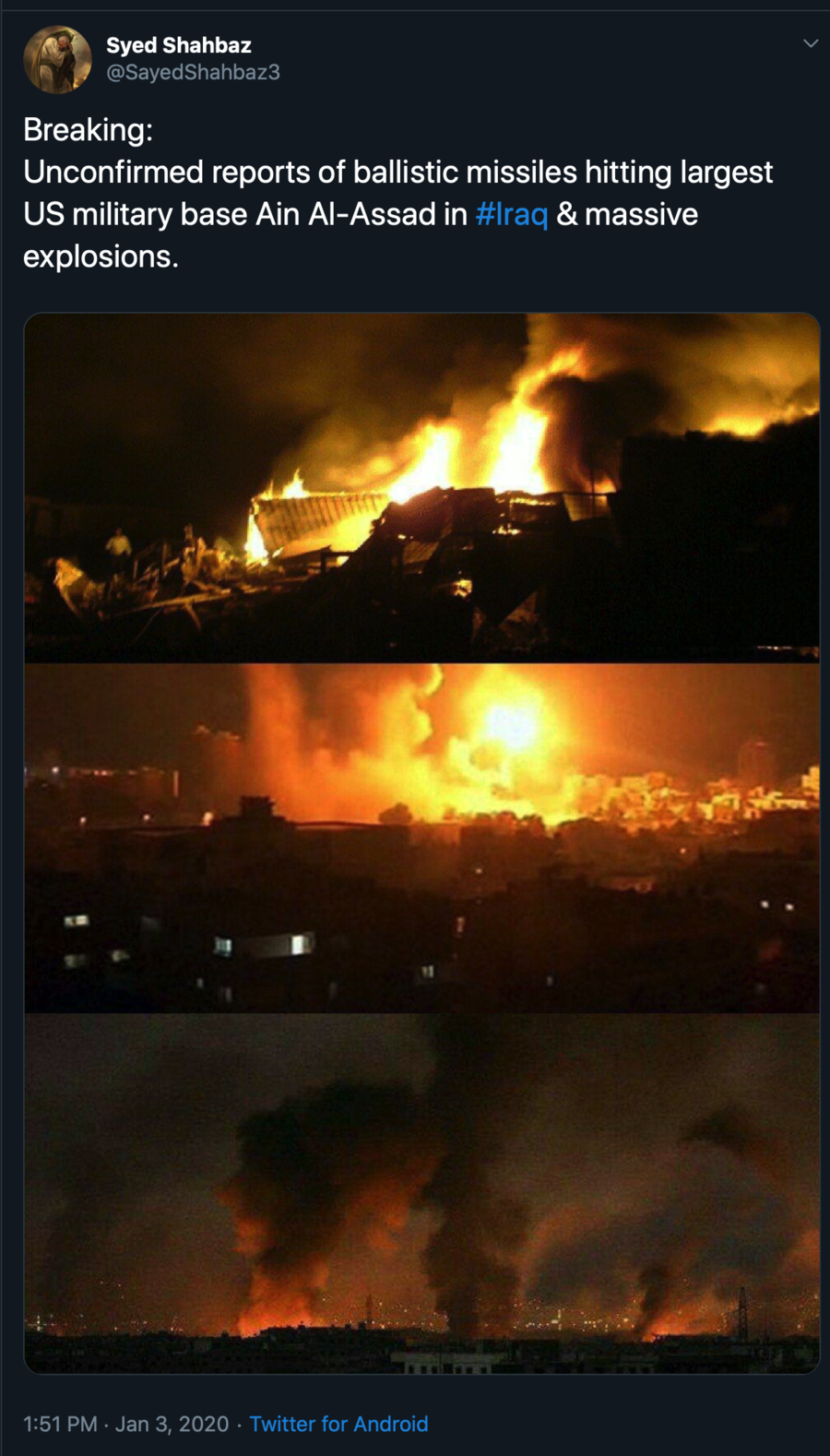 All three images in the collage are inaccurate. The first image in the collage was posted on the website of the People's Mojahedin Organization of Iran, a political-militant organization based on Islamic and Marxist ideology which advocates for the overthrow of the Iranian leadership. It shows a 2015 attack on Camp Liberty, also known as Camp Hurriya, which housed members of the organization on the outskirts of Baghdad.

The second and third images in the collage are cropped versions of images showing airstrikes attributed to Israel in Syria, not an Iranian airstrike on a U.S. airbase in Iraq.

Another Twitter user, under the handle @ahmid1192, tweeted another image at 12:46 p.m., allegedly of the attack: 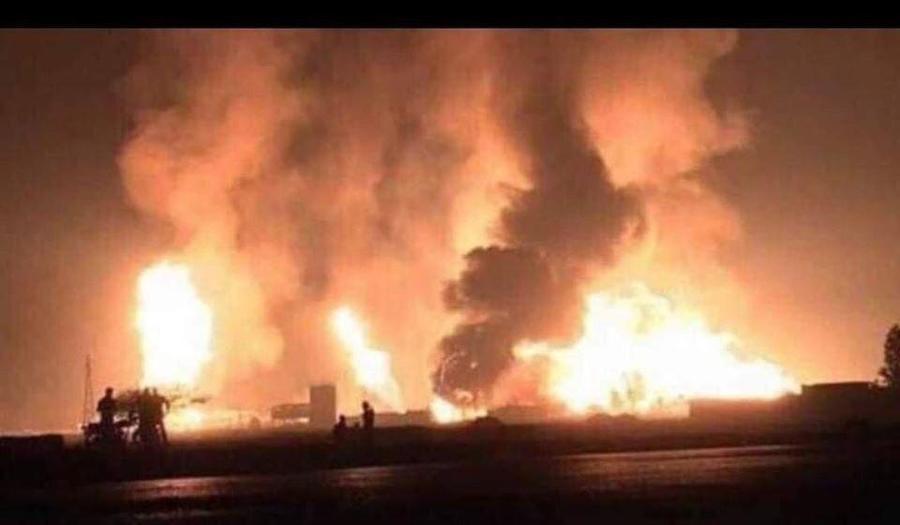 Which roughly translates to:

Ain Al-Asad base was subjected to a very violent missile attack and reports that it was targeting unknown source ballistic missiles ..?

But the image actually shows a gas pipeline explosion in the port of Genaveh in August 2016, according to the Iranian Chamber of Commerce.