Does Denver International Airport embrace Nazi symbols with runways and terminals in the design of a swastika? No, that's not true: An aeriel view of the huge airport does not replicate a swastika. A spokeswoman for the airport said it is an old myth she's heard over the years, but is not based in fact.

The allegation recently reappeared in a TikTok video (archived here). In the video, @johnjonjohnnie claims to see connections between Nazism and the Denver International Airport. The video opened:

If you take a look at the Denver airport, you see that the runways -- basically the airport's shaped like a swastika. If you look at all the murals in the f-----g airport, this s--t is all Nazi-like.

The video does not explain how murals are "all Nazi-like" or offer any specifics.

See it for yourself. Is it a swastika? The Lead Stories staff agreed it looked more like a student sitting at a school desk: 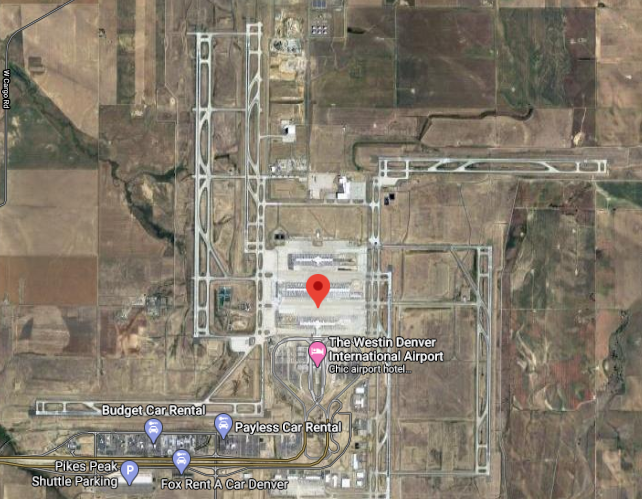 When asked about the claims, Alex Renteria, a spokewoman for Denver International Airport, told Lead Stories that they're not just false but hurtful. She said:

We completely disregard rumors like that. There's not even silly; they're wrong.

This was not the first time the Denver airport has been asked about Nazi symbols. The claims go back several years. In 2016, The Denver Post published a "definitive guide to Denver International Airport's biggest conspiracy theories." Also on the list? Secret societies, underground bunkers and aliens.

Business Insider reported on some of the theories back in 2015, as did The Telegraph.

Renteria said that the airport likes to have fun with some of the wilder stories.

"The airport is known for embracing our conspiracies -- but not that one," she said about the alleged Nazi connection.