The text on the meme reads: 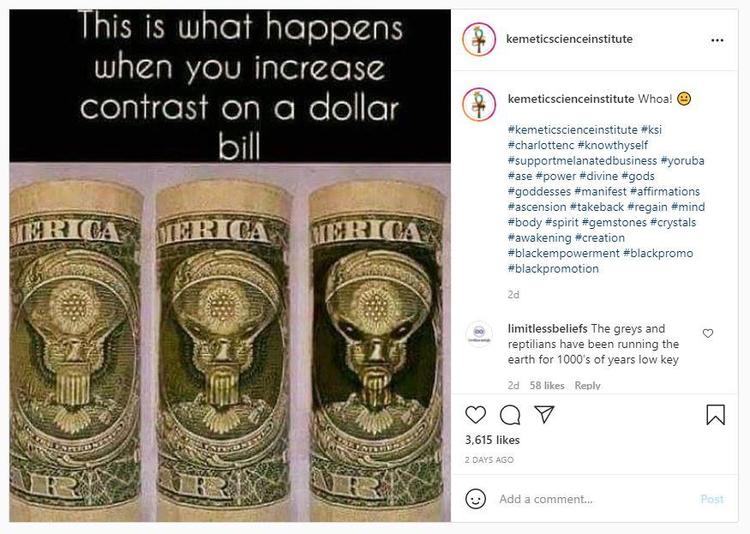 The appearance of the humanoid figure is not a matter of simply turning up the contrast. This is apparent when comparing the dollar's lettering at the top and bottom of each of the three phases of the transformation -- it remains the same. The contrast is not changed. An artist has colored some areas darker and covered the top of the olive branch and tips of the arrows. The outline of the eagle's wings are blended to merge with the background in order to smooth the outline of the shoulders and enhance the shape of the head.

Lead Stories conducted our own control experiment to see how the appearance of a dollar changes when Adobe Photoshop is used to add contrast. Adding contrast to a color photo of a dollar makes the mid-tones appear darker and intensifies the originally subtle colors. With contrast added, the points of the arrows stand out even more, they do not disappear. 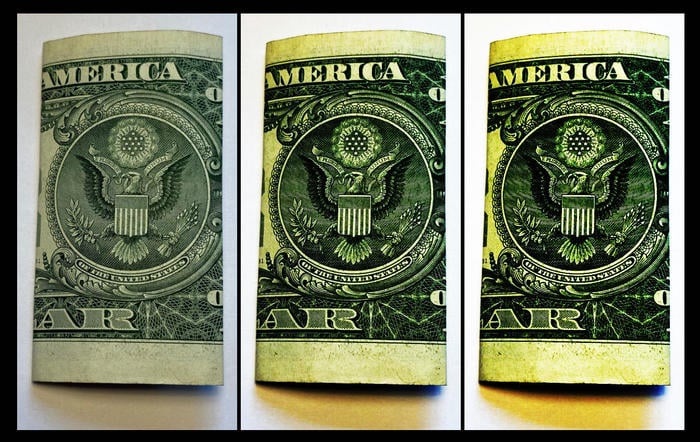 In a second experiment Lead Stories used Photoshop to first desaturate the photo of the dollar bill (to turn it black and white) before progressively adding more contrast. This experiment also failed to produce an image of an alien. 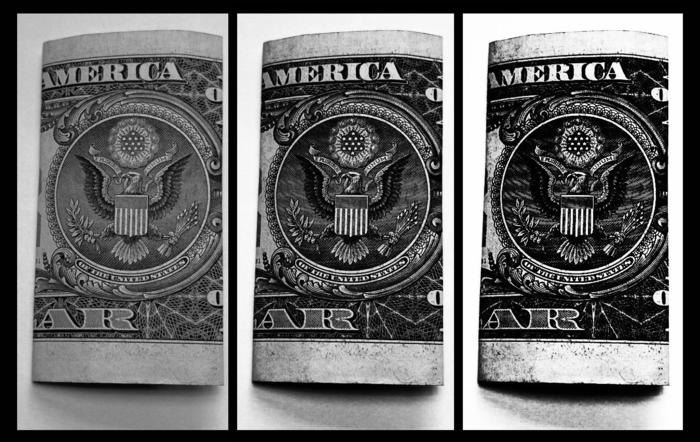 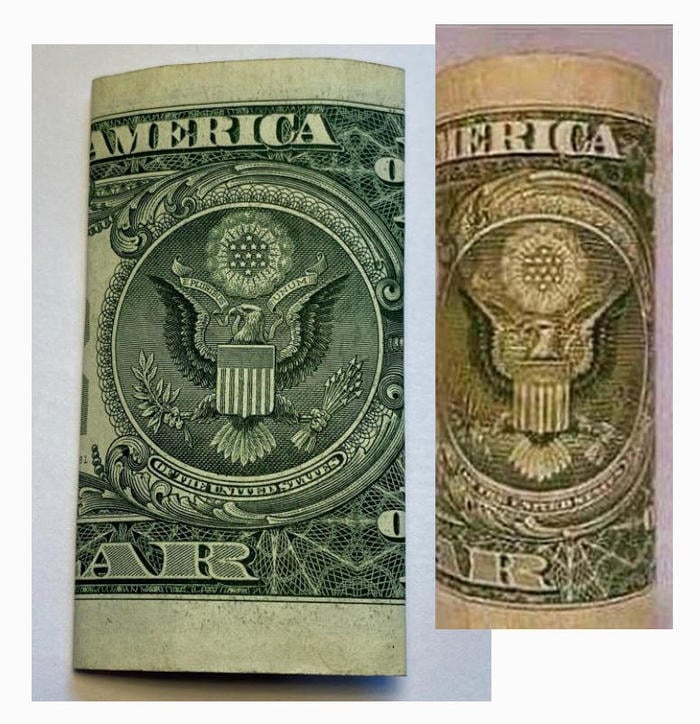